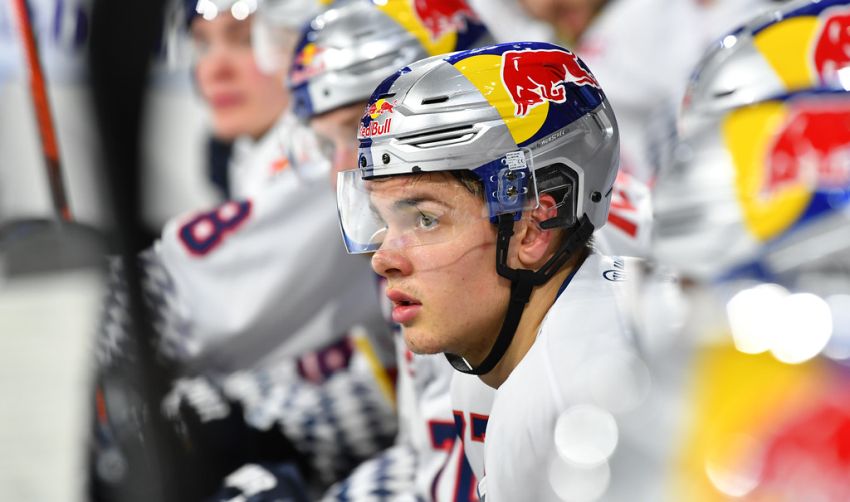 The Buffalo Sabres made a trade early on the second day of the NHL Draft, sending the 38th and 100th picks to the San Jose Sharks so they could move up and grab German forward J-J Peterka 34th overall.

The Sabres don’t have another pick today until the fifth round, 131st overall.

Peterka, 18, moved to Salzburg EC in the Austrian League this season. So far, he has compiled two goals and three points in two outings.

Two Germans had never been selected in the first round before.

“With the draft as we see with the three Germans now, German hockey is getting better,” Peterka said.

Update: In the fifth round, 131st overall, the Sabres have selected Matteo Costantini, a center from nearby St. Catharines, Ontario.

The Ontario Junior Hockey League named Costantini its top prospect last season, when he scored 36 goals and 68 points in 50 games for the Jr. Sabres.

Costantini will play this season for the British Columbia Hockey League’s Penticton Vees before joining North Dakota in 2021-22, according to EliteProspects.com.

Update: The Sabres have re-signed goalie Jonas Johansson to a one-year contract worth $700,000.

Johansson, 25, was a restricted free agent.

The Swede played his first six NHL games last season, compiling a 1-3-1 record with a 2.94 goals-against average and an .894 save percentage.

Johansson enjoyed a terrific 2019-20 campaign with the Rochester Americans, posting a 14-4-3 mark with a 2.28 goals-against average and a .921 save percentage. He was also selected for the AHL All-Star Classic.

Update: In the seventh round, 193rd overall, the Sabres have selected Swedish defenseman Albert Lyckasen.

Update: In the seventh round, 216th overall, the Sabres have selected Czech forward Jakub Konecny.

Update: With the final pick of the draft, 217th overall, the Tampa Bay Lightning have selected Lake View’s Declan McDonnell, a winger with the Kitchener Rangers.

Keep checking back for updates!