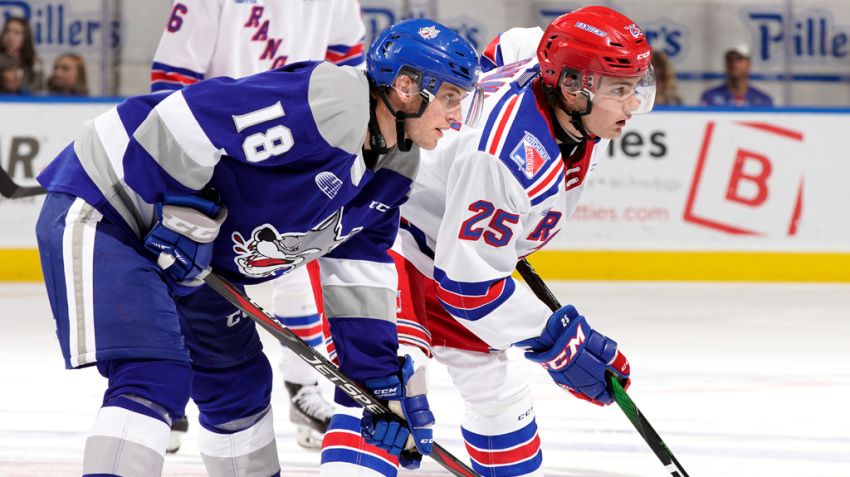 At the beginning of his rookie season, NHL Central Scouting listed Lake View’s Declan McDonnell as a “player to watch.”

McDonnell, 18, doesn’t possess notable size or blazing speed. As the winger was beginning his career with the Kitchener Rangers, he mostly played a third-line role and did not skate on special teams.

But 5-foot-10, 171-pound McDonnell forced scouts to pay attention to him.

“He found a way (to contribute), his name was on the score sheet,” said Dan Marr, the director of Central Scouting. “So you paid attention to him, and then you start to watch him a little more.”

When Central Scouting watched McDonnell again, Marr said “everybody had keyed on him.” Scouts wanted to catch more of him.

“He might not have that top-end speed that you’re looking for as an elite player, someone that would be ranked higher,” said Marr. “But he’s a smaller-sized guy who’s still physically maturing. You can project that his game will improve, because in the second half, if you watched him, his skating wasn’t holding him back.”

McDonnell, who played 2018-19 with the Buffalo Jr. Sabres, could be a late-round pick Wednesday during the second day of the 2020 NHL Draft. Central Scouting listed him 155th in its final rankings of draft-eligible North American skaters. He did not crack the mid-term rankings.

“We tried to show him as a guy who moved up,” Marr said of McDonnell’s ranking. “We wanted to give him some recognition, pump some air in his tires.”

McDonnell caught fire during the second half of the season, scoring 10 times in the final 15 games. He finished with 21 goals and 42 points in 63 games before the COVID-19 pandemic forced the Ontario Hockey League to cancel the rest of its season.

“He consistently displayed good hockey sense to make plays and really quietly put up some decent numbers,” Marr said. “I think the issue about skating improvement is strength related, and I think he’ll be able to generate more skating quickness as he goes.

“But I think our guys believe this is a player that will find a way, and we’re fans of him.”