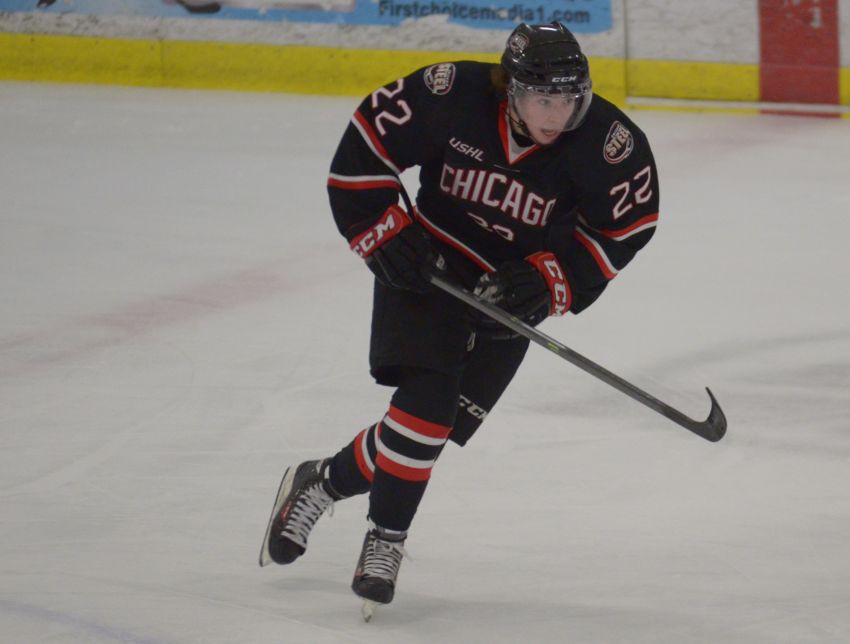 BUFFALO – As a speedy forward fresh off a 23-goal, 51-point junior season, Sabres newcomer C.J. Smith had no shortage of suitors earlier this week after he decided to leave UMass Lowell and turn pro.

“It just kind of fits the person I am,” Smith said this afternoon following his first NHL practice. “I grew up in Des Moines, Iowa, a blue-collar city, played in Lowell and played in Austin, Minnesota, all kind of blue-collar communities and they all play blue-collar hockey. I think that’s kind of what the Buffalo Sabres are about. I think I kind of fit their identity.”

The 5-foot-11, 185-pound Smith signed this morning and was on the KeyBank Center ice with his new teammates by 11:30, capping a whirlwind few days.

UMass Lowell was eliminated from the NCAA Tournament by Notre Dame Sunday. Smith said he sat down with his coach and decided to leave school Monday. He talked to teams by phone Tuesday before making his decision Wednesday.

He flew out and arrived in Buffalo, a city he had never visited, about 5 p.m.

Check back later for a full story on Smith, who impressed Sabres coach Dan Bylsma.

“It’s a fresh, young-looking face in that helmet,” he said. “C.J.’s coming with speed and skill, with some jump in his game and has demonstrated that with UMass Lowell, especially this year. But (125) points in 120 college games is pretty impressive.”

Smith, however, isn’t done with school yet. Shortly after talking to the media, the finance major had to take a test online.