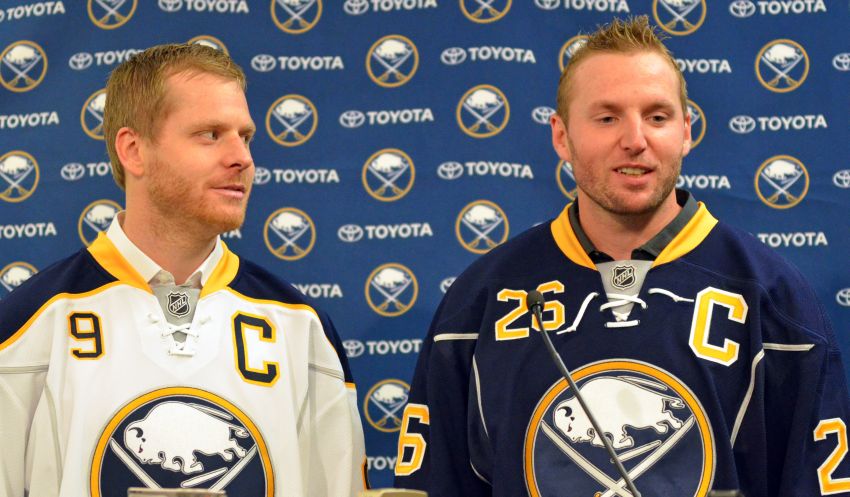 BUFFALO – There they are, Steve Ott and Thomas Vanek, the Sabres’ new co-captains.

It appeared Sabres coach Ron Rolston would just pick one. Instead, the team announced today Vanek will serve as captain at home. Ott will wear the ‘C’ on the road. Christian Ehrhoff will be the permanent assistant captain.

“I think it’s good,” Vanek said about the co-captains today inside the First Niagara Center. “Picking a captain’s so hard. You look at this room, there’s a lot of guys that got left out who deserve it just as much. But at the end of the day, each guy’s got to put their ego away and be happy for the team.”

What about the ferocious Ott, who plays on the edge and rides a fine line, being captain?

Check back soon for much more!