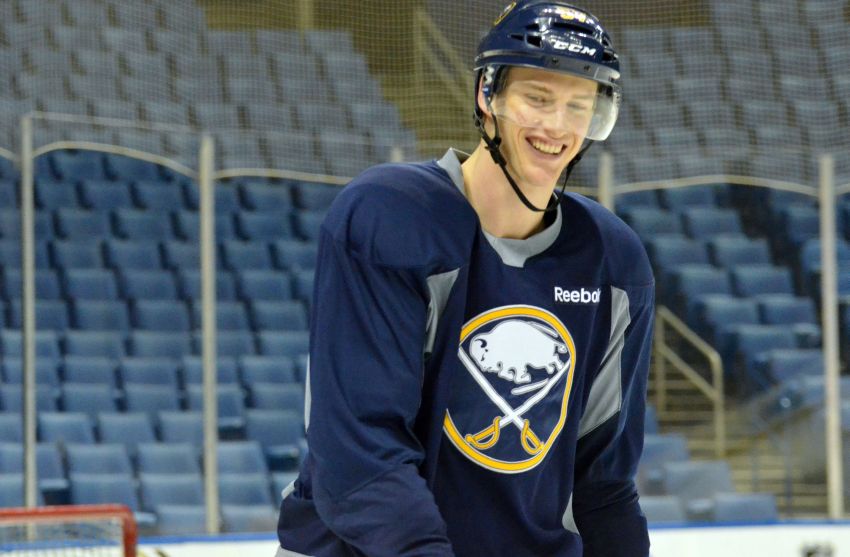 “They don’t care if I only get one more point the whole year,” Myers said following practice today inside the First Niagara Center. “As long as my defensive game is good and where it needs to be, then they’ll be happy. Obviously, I know I can bring more to the table. It’s just a matter of doing the right things first and then finding that balance.”

Myers, a minus-7, thinks he’s “pretty close, if not there in most part.” He’s no longer a tire fire in his own zone. He’s settling down, playing a calmer style than January and early February, when he was scratched twice.

The 23-year-old has only three goals and four points this season and zero points in the last seven games.

Check back later for a full story on Myers!