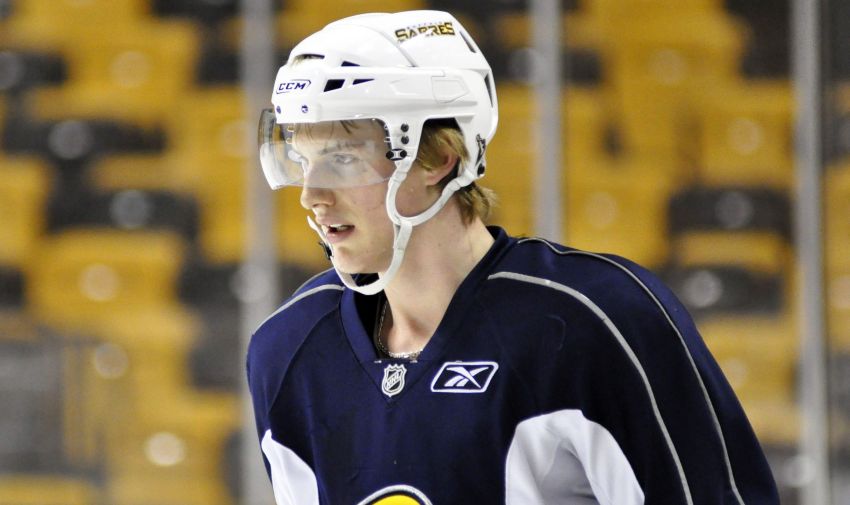 “But once we figured out what it was, I knew it would be pretty quick,” Myers said this afternoon after skating about 90 minutes with some Sabres teammates inside the Northtown Center. “I didn’t want to push it to try to come back too early in case the season did come back. That helped me out.”

Myers, who was injured Dec. 7, returned and played one game before the 113-day work stoppage ended Sunday.

The 22-year-old said he enjoyed his three months overseas. He compiled three goals, 10 points, 37 penalty minutes and a minus-7 rating in 17 games with Klagenfurter AC.

He even played a game against Sabres winger Thomas Vanek, a national hero in his native Austria.

Check back later for much more on Myers’ time overseas.