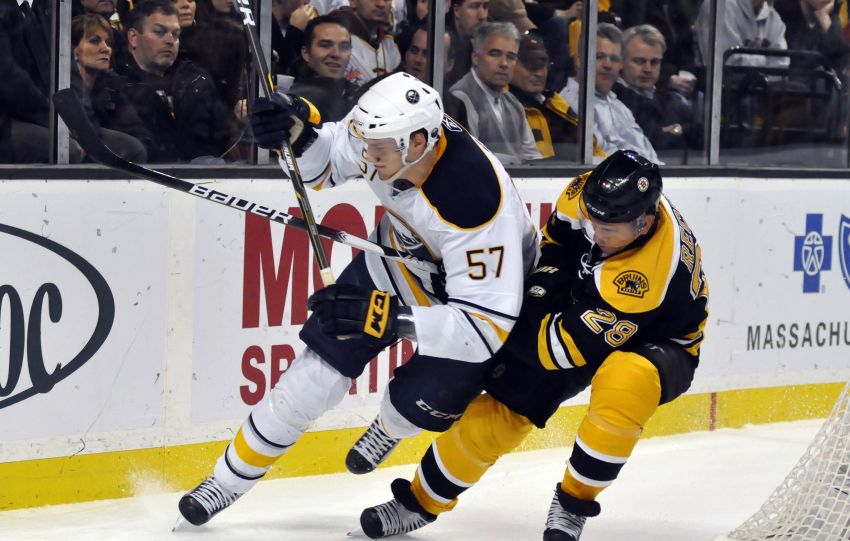 Sabres defenseman Tyler Myers, who’s playing for Klagenfurter AC in Austria during the NHL lockout, injured his ankle tonight. He was helped off the ice and underwent an MRI, according to this report.

Myers hasn’t wowed in the EBEL like some might’ve been expecting. The 22-year-old has two goals, nine points and a minus-8 rating in 15 games, according to hockeydb.com.

UPDATE: Myers has a left ankle strain and will miss the next game, according to this report. He could return Friday.