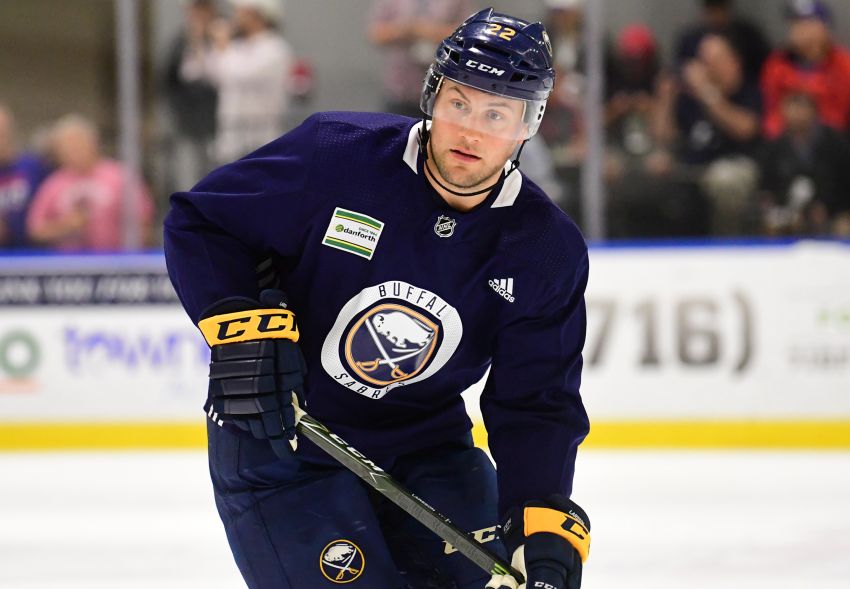 BUFFALO – Johan Larsson probably isn’t quite ready to play yet. While the center rejoined the Sabres for today’s practice, it was a lighter session. He might need more time.

But in the near future, Larsson, one of the longest-tenured Sabres, will be able to return from the lower-body injury he suffered Sept. 26 in Pittsburgh.

“It was a good day for him,” Sabres coach Phil Housley said this afternoon inside KeyBank Center. “He stepped in and looked really good. We’ll make those decisions tomorrow.”

It could be a tough decision. The Sabres already have 13 healthy forwards and 23 players on the roster, the maximum allowed.

They also have two injured defensemen, Zach Bogosian and Matt Hunwick, who will likely be added to the roster when they’re ready.

The Sabres haven’t possessed this much depth in a long time.

“You look at the players that are out, certainly there’s going to be decisions to be made,” Housley said. “That always pushes players’ game to a higher level. It’s a good situation to be in.

“It’s unfortunate our guys are banged up a little bit. It’s good to have depth.”

Larsson, 26, hasn’t played since blocking a shot in the preseason game.

“It hit me in the worst spot, it wasn’t really comfortable at all,” he said. “But it feels good now.”

Larsson, who had a rough 2017-18 season coming back from a dislocated elbow and wrist, said he knows he’s fighting for a roster spot. Right now, he’s on injured reserve.

“There’s a lot of good players,” he said. “I think you look around and it’s competition. Obviously, it’s tough to sit out. I’m ready if they want me. I felt good out there.”

The Sabres host the Vegas Golden Knights on Monday afternoon.