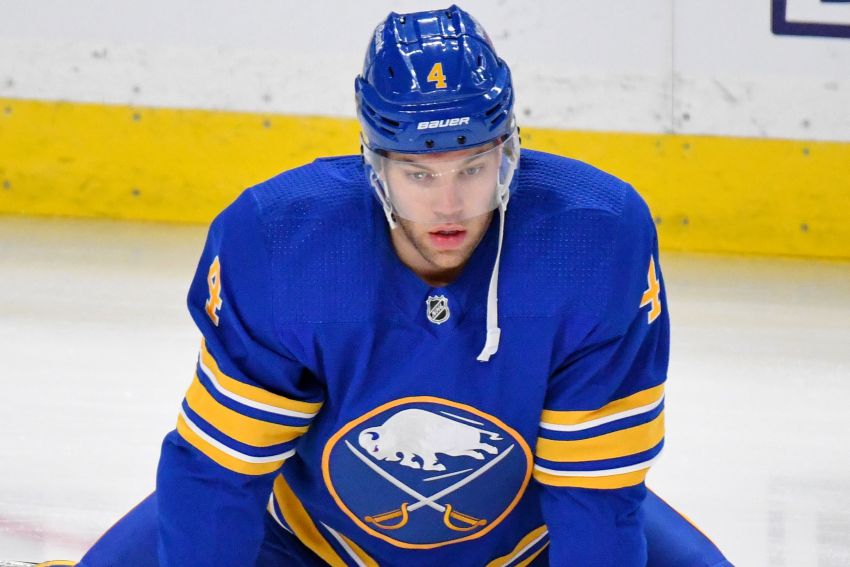 Nothing at this point, 32 games into perhaps the most miserable season in the franchise’s 51-year history, would surprise the Buffalo Sabres.

So when they learned interim coach Don Granato and assistant Matt Ellis had entered the NHL’s COVID-19 protocol just hours before Thursday’s game, it wasn’t a big deal.

“In a season of unfortunate and terrible events, we’re just ready for it,” winger Taylor Hall said on a Zoom call following the Sabres’ 4-0 loss to the Pittsburgh Penguins, their 16th consecutive defeat.

In fact, Hall said having general manager Kevyn Adams step behind the bench inside PPG Paints Arena and coach the Sabres “was refreshing.”

“We hope the best for Donnie and Matt,” Hall said. “Hopefully we can have some consistency with our coaching staff going forward, because obviously there’s been some change.”

There has been a lot of change. In Adams, Granato and Ralph Krueger, who was fired March 17, the Sabres have had three coaches in the last five games.

That, of course, isn’t the reason they’re struggling. They’re just bad. They’ve been shut out seven times this season and five times during their marathon losing streak.

Coaching the Sabres for one at least one night offered Adams, a rookie GM, an opportunity to evaluate his hapless team up close instead of from a suite.

“There’s a different perspective when you’re on the bench,” Adams said. ‘You’re feeling the emotions of the game, you’re understanding how the players are interacting. You see thing a little bit of a different way at ice level. So, for sure, for me, I learned.”

Adams did not have an update on Granato or Ellis, who were self-isolating, following the game. Adams said they’re asymptomatic. Being in COVID-19 protocol doesn’t mean a person has tested positive.

The Sabres are scheduled to practice today in Boston before playing the Bruins on Saturday afternoon.

These could be Hall’s final days with the Sabres. The trade deadline hits April 12. He could be dealt before then, assuming anyone’s interested in an $8 million player with two goals.

Hall, 29, quickly morphed into the NHL’s biggest disappointment after choosing the Sabres as a free agent. The 2017-18 NHL MVP has a no-movement clause in his one-year contract.

He said he would be willing listen if Adams told him another team was interested in him.

Before the losing streak hit double digits, Hall said he was open to re-signing with the Sabres.

The Sabres played better than they have in recent outings, pumping 36 shots on Penguins goalie Casey DeSmith, including 15 in the first period. Winger Victor Olofsson’s third-period goal was called back following an offside review.

“I liked our energy,” Adams said. “I thought the guys really came out – I think our effort was good for 60 minutes. Our execution wasn’t. That’s the best way for me to kind of explain it. I don’t feel from an effort standpoint or a skating or pace of the game standpoint we were off at all. It felt like an even game in that way. They executed, they get the two power-play goals out of four chances. We get zero out of four chances. They scored when they needed to, we missed the net, we were just off. …

2 thoughts on “Sabres lose with Kevyn Adams as coach; Taylor Hall willing to be traded”