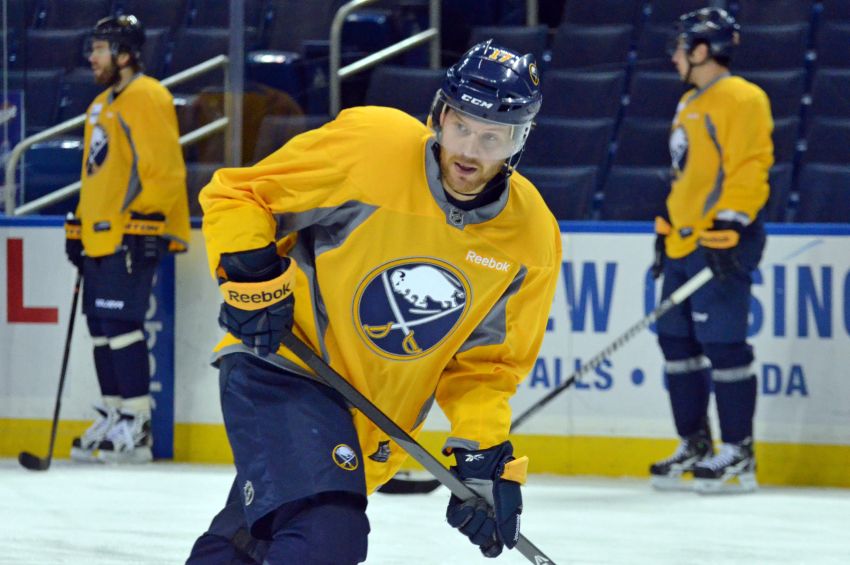 BUFFALO – The Sabres will only make one lineup change tonight against the Columbus Blue Jackets, inserting Marcus Foligno for injured winger Matt D’Agostini.

That means winger Linus Omark, a healthy scratch for the first time in Wednesday’s 4-3 shootout loss in Toronto, will sit again. The slick Swede has one assist in nine games since being acquired from Edmonton.

“Not much else he can do,” interim Sabres coach Ted Nolan said this morning inside the First Niagara Center. “Just right now he’s got to be patient. Last game we made a change. We’re not going to change the lineup. So it has nothing to do so much with him right now. We just played well last game.”

Of course, minute-munching defenseman Christian Ehrhoff will play tonight. Nolan has been giving the German his usual 24 or so minutes.

But Nolan wants more from Ehrhoff, who he believes is pressing. An Ehrhoff giveaway created a Toronto goal Wednesday, a game he was a minus-2.