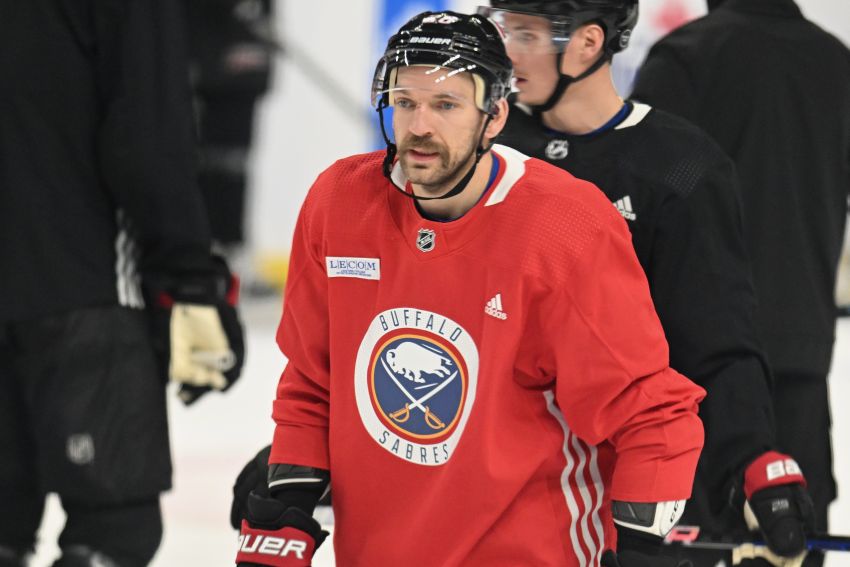 Girgensons, 28, endured a hit to the head Wednesday and missed Saturday’s 5-2 road loss to the Toronto Maple Leafs.

“It was unfortunate hit,” Girgensons said of the check in Wednesday’s 4-1 road loss to the Ottawa Senators. “I finished the second and then just didn’t feel right. So we took a precaution and I just sat out one.”

Meanwhile, Samuelsson, 22, has missed the last 13 games recovering from a lower-body injury.

“Mattias will be a huge boost on the PK,” said coach Don Granato, whose Sabres have allowed a power-play goal in nine straight games, including two Saturday.

“Kyle actually did well today, he skated, and much better than he was a few days ago so I think we’re trending in the right way there,” he said. “It’s more days than weeks now for Kyle, so that’s the good news there.”

In other news, winger Alex Tuch missed today’s session for maintenance. Newcomer Tyson Jost, who was claimed off waivers Saturday, subbed in his spot at right wing beside center Tage Thompson and Jeff Skinner during his first practice.

Check back later for more on Jost.