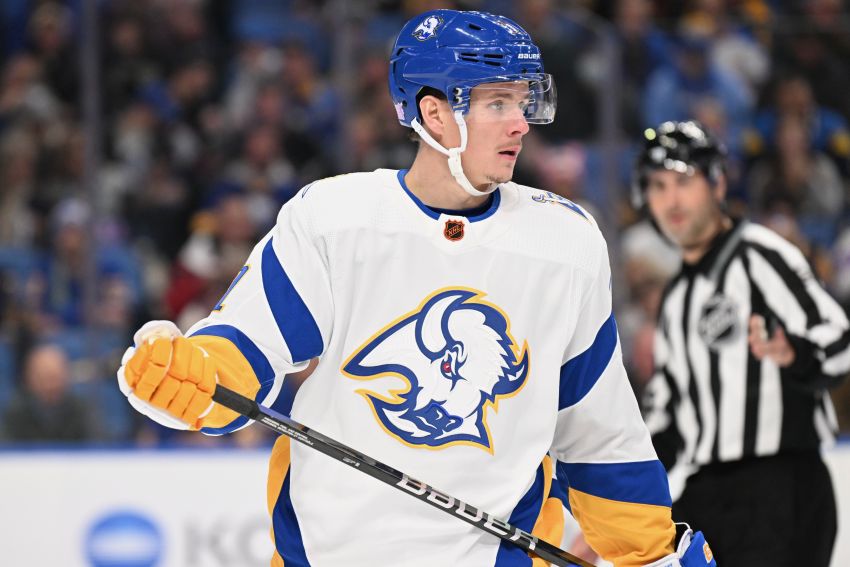 BUFFALO – For years, the Sabres had company at the bottom of the Eastern Conference in the New Jersey Devils.

A season ago, when the Sabres missed the playoffs for an NHL-record setting 11th consecutive season, they earned 12 more points than the Devils.

But the Devils, who are coached by old friend Lindy Ruff, have roared past the Sabres this season, establishing themselves as one of the league’s heavyweights.

Just how good are the Devils, the NHL’s biggest surprise through first quarter of the campaign? Friday’s 3-1 win over the Sabres before a crowd of 16,727 fans at KeyBank Center improved them to 17-4-0. They’re 9-1-0 on the road.

“They got a lot of swagger right now,” Sabres coach Don Granato said.

Right away, Granato feared the Sabres could be in for a long night.

“I could tell by the way they did things the very first shift, just the way they went back for the puck and what they did with it, it was like we might be in for one right now,” he said.

The Sabres entered the game scorching, having scored 13 goals during their two-game winning streak. However, early Friday, they couldn’t handle the Devils’ pressure or penetrate their defense.

“Our guys haven’t faced that to that extent,” Granato said. “They were, in my assessment, a little bit or a lot surprised. But I also felt we didn’t have guys playing their game. I thought (Rasmus Dahlin) and (Mattias Samuelsson) didn’t look like themselves out of the gate, fought it early.”

Still, the Sabres, despite being outshot 16-7, escaped the first period tied at 0 before generating more offense in the second.

“The way they played, you could’ve got run out of the building,” Granato said.

Jack Hughes opened the scoring 2:00 into the second period. Jesper Boqvist made it 2-0 at 3:47, capitalizing after Samuelsson fell down behind the net and lost the puck. Winger Victor Olofsson’s goal at 14:19 ignited the Sabres.

“For us as coaches, we wanted to see them compete and work,” Granato said. “We were able to elevate that, the goal that Olofsson scored … was just a complete footrace, and that’s what we needed. We needed to start concentrating on battles, winning battles. We still were disjointed, never got in a rhythm but the battle level was better, and we needed to see that above all else.”

The Sabres can take some solace in the fact they settled down, adjusted and made the game interesting after it looked they might get blown out.

“I liked our fight to find our game and our fight through it,” Granato said. “This is a game that will absolutely make us better as a result.”

Olofsson said: “We came out a little bit slow in the first and they did everything a little bit faster than us. And then we started skating a little bit more, getting pucks deep in the second and worked our way into the game. From there I think it was a tight game.”

The Devils, whose 13-game winning streak ended Wednesday, have won 17 of their last 19 games. The Sabres, meanwhile, have lost nine of their last 11 outings.

“Andy was great,” Granato said. “He looked like an experienced No. 1 goaltender there many times.”