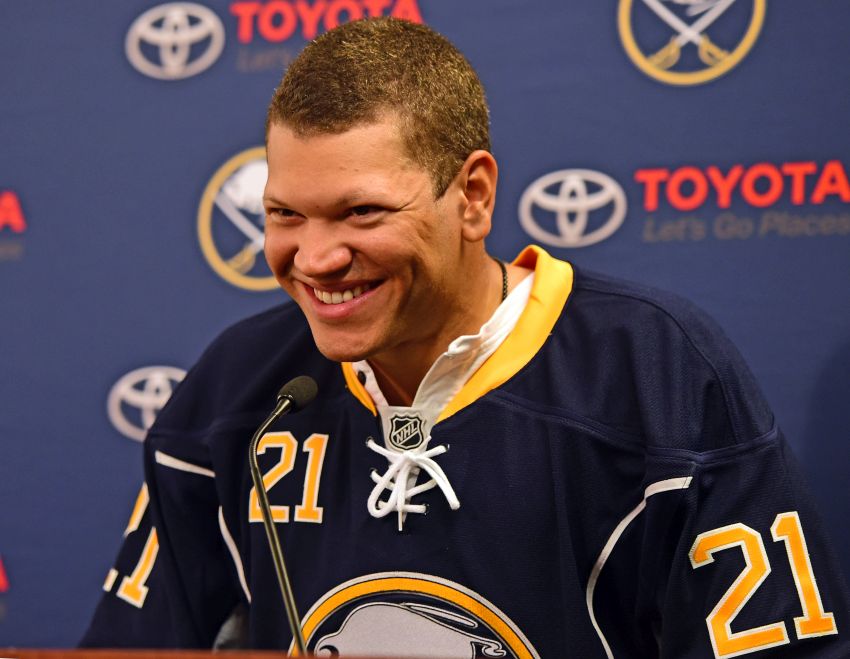 Over the years, Okposo witnessed Tavares’ rapid development from a raw prospect into one of the NHL’s premier centers.

Now, seven years later, Okposo has another rare opportunity to watch – and even help – Sabres center Jack Eichel, the No. 2 pick in 2015, become one of the league’s premier young talents.

“I see a lot of similarities in the height and the skillset, some of the things that he does out there from when Johnny was 18,” said Okposo, who signed a seven-year, $42 million contract with the Sabres on Friday. “I know where Johnny’s career path went, and I know how he worked and how hard it was for him to get there.

“(I’m) just looking forward to maybe saying a couple things to Jack or sharing some of those experiences with him and just trying to help him grow.”

Okposo, of course, will almost certainly play right wing beside Eichel or center Ryan O’Reilly on the first or second line. Either way, he can’t lose.

“I’ve been saying it for a week, that Ryan is one of the smartest players, one of the smartest centers in the league, in my opinion,” Okposo said. “Jack’s got nowhere to go but up. His ceiling’s so high. He’s going to be a tremendous player in this league for a long time.”

Okposo is in town learning about his new organization and the city. He modeled his No. 21 jersey. He said his friend, former Sabre Drew Stafford, joked about Okposo wearing his old number.

“I told him I’d take it down from the rafters for him,” Okposo cracked.

Clearly, Okposo, arguably the best free agent available, is excited at the possibilities the Sabres offer and aware expectations accompany his huge contract.

“I don’t think you can change the way you play based on contract,” he said. “I think that’s where you kind of get in trouble, when those expectations beat you down and weigh you down. I’m going to go out there and play the way I know how and prepare the same and make sure that my game is there. I’m at a point in my career where I know what I have to do to be successful, and I’m going to continue to do that.”

Check back later for more from Okposo.