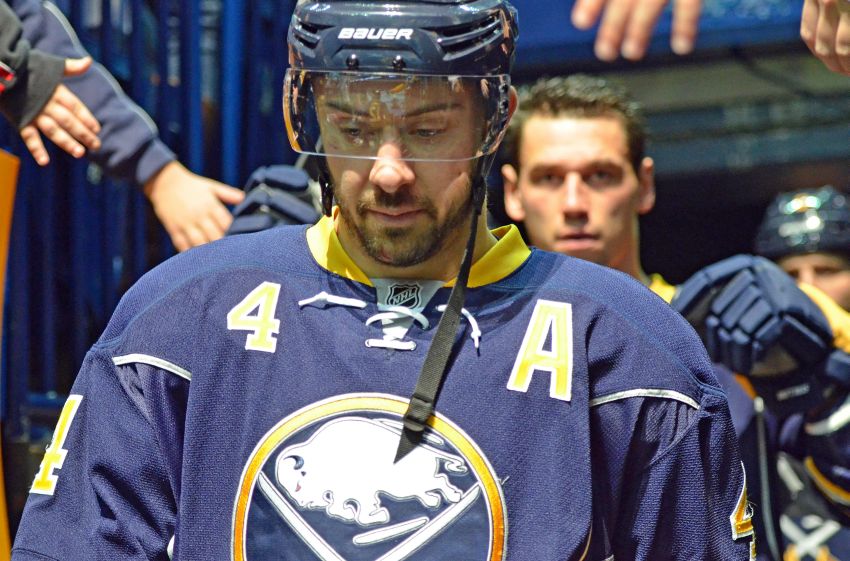 BUFFALO – Sitting out, watching from the sidelines for more than two weeks has been difficult for Sabres defenseman Josh Gorges.

“I hate being a guy sitting on the sidelines watching,” Gorges said this morning inside the First Niagara Center. “I’m not built for that.”

This weekend might be excruciating for the 30-year-old, who injured his knee Nov. 11. The Sabres host the Canadiens, his old team, tonight, and play Saturday in Montreal.

Gorges, who’s nearing a return but will miss his sixth straight game tonight, will likely be forced to watch again Saturday.

“These games, especially the one tomorrow night, was marked on the calendar,” he said. “As much as you say you don’t think about it and you don’t worry about it, you’re going back to where you used to play, and I want to be in the game, and I want to help my team win.”

Gorges said there’s “still a chance” he could play in Montreal, his home from 2007 until July 1, when the Habs traded him here.

“If you ask him, he’d probably play tonight, for sure,” Sabres coach Ted Nolan said.

Nolan said the Sabres will probably err on “the side of caution” Saturday.

“If I’m not able to go tomorrow, it’s going to be disappointing,” Gorges said. “But that’s life.”

Gorges said he would play if he made the decision.

“But you need to have people to protect you from yourself,” he said. “As long as I’m not at further risk of making things worse and then being out for another three weeks after again, then I should be good to go.”

Gorges was originally supposed to miss around four or six weeks. He joined practice earlier this week, a sign he would return sooner than expected.

“That doesn’t mean it’s guaranteed it’s going to be four weeks,” he said. “You do whatever you have to do to get yourself ready to play, and we’re ahead of schedule today.”