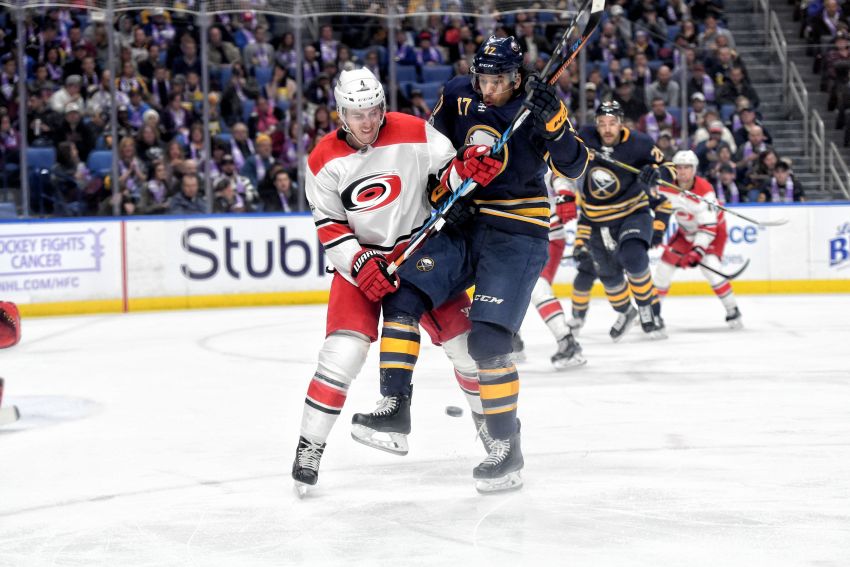 BUFFALO – The Sabres forward who generated the best scoring chances over the weekend wasn’t Jack Eichel, Evander Kane or another high-priced talent.

“I just got to kind of have a little more confidence and know you’re going to put it in rather than thinking about it too much, I’m doing that,” Nolan said this morning inside KeyBank Center. “But at least I’m getting chances and that’s a bonus.”

“You don’t get too many opportunities in games these days, so when you get one, you got to bear down on it, you got to hit the net,” said Nolan, who has a 24-game goal drought dating back to Jan. 31.

So Nolan, 28, must make the most of his minutes. A goal from a gritty checker like him – the Sabres have enjoyed little secondary scoring – might spark the team. Nolan has scored 20 times in his seven-year NHL career.

Fewer penalties would probably strengthen Housley’s confidence in Nolan, who was whistled for boarding and holding in Friday’s 3-1 loss in Detroit. Nolan also fought Florida’s Michael Haley on Nov. 10, a late scrap that wiped away a power play in a tie game. Housley said following the game he was fine with Nolan defending a teammate who was high-sticked.

“We want our guys to be physical, right?” Housley said. “But you have to play with physicality up to that line and you can’t cross it. Sometimes with the emotion, it gets the best of us, so that’s one thing Jordy can do. I really wanted to see him continue to finish checks and be tough to play against.”