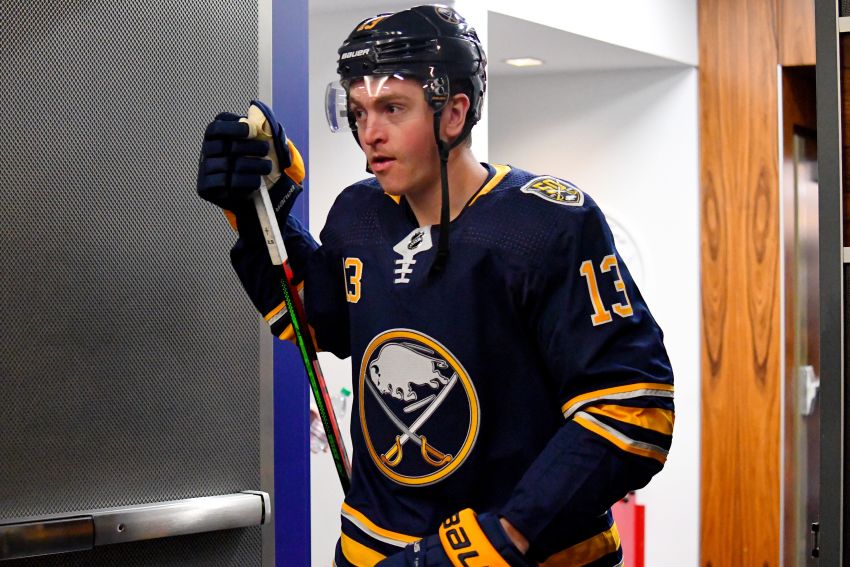 Jimmy Vesey grew up outside of Boston. ©2020, Micheline Veluvolu

Jimmy Vesey became the first Buffalo Sabres player to speak out about the death of George Floyd and the violence and racial tension in the United States in a reflective essay he posted on Twitter late Wednesday afternoon.

“The videos I’ve seen online are gut-wrenching,” wrote Vesey, who made an undisclosed monetary donation to the NAACP Boston Branch. “Whether it’s seeing extreme injustices by law enforcement against people of color or seeing fellow Americans beat each other senseless in the street, it’s clear this country has a significant problem.”

Vesey, 27, pledged to be “a bigger part of the solution going forward – to observe, to listen and to further educate myself on issues of race and inequality.”

“In doing so,” Vesey wrote, “I stand with anti-racism, including in the game of hockey, in hopes of one day changing the status quo.”

Protests have erupted all over the country, including Buffalo, over the past several days.

Vesey, who grew up outside of Boston, acknowledged he doesn’t “have the slightest idea what it feels like to be oppressed or discriminated against.”

“I grew up in a largely white community, went to a largely white prep school and attended Harvard,” he wrote. “Whether I was young and naive or just unaware of the prevalence of racial crimes before the social media boom, I always thought the expression ‘proud to be an American’ was something that resonated with me.

“For a while now, I haven’t been sure if I have the same sentiment. To be honest, words like ‘ashamed’ and ‘embarrassed’ are more so at the forefront of my mind. …

“While there may not be a ‘one-size-fits-all’ solution to fix all the racial and cultural discrepancies that still exist, the constant finger-pointing and partisanship that I hear every day only seem to be muddling the matter and pulling us further apart. It’s pretty evident that we need to do better.”

On Monday night, Sabres and Buffalo Bills owners Terry and Kim Pegula joined the growing number of pro sports owners to issue a statement condemning the killing of Floyd and calling for the end of racial inequality.

The Sabres acquired Vesey, a winger, from the New York Rangers last year.

I don’t usually speak out on social media, but it’s been hard to remain quiet. I put a lot of consideration into this, and these are my genuine thoughts. pic.twitter.com/ALvGq9YmEo