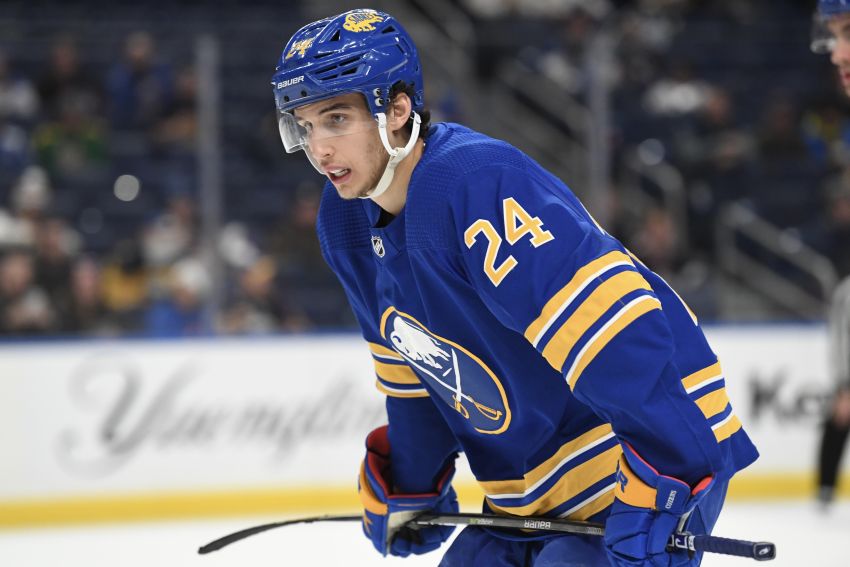 “I believe our list is our list and we will not have anyone available from that tomorrow,” Ellis, who’s subbing for Granato, said following this morning’s practice inside KeyBank Center.

Asymptomatic players can rejoin their teams if they have two consecutive negative lab-based PCR tests in 24 hours.

To replenish their lineup, the Sabres this morning summoned forward prospects Peyton Krebs, JJ Peterka and Arttu Ruotsalainen from the Rochester Americans.

At least one more recall could be coming. Defenseman Colin Miller left this morning’s practice early and was being evaluated for something that has been bothering him.

The Sabres had just six defensemen before Miller departed.

Defenseman Casey Fitzgerald, who made his NHL debut in the Sabres’ last outing Dec. 17, would be the likeliest candidate.

The NHL late this afternoon postponed nine upcoming games in Canada because of attendance restrictions, including the Sabres’ meeting Jan. 8 against the Montreal Canadiens.

The league plans to reschedule the games when the restrictions are eased or lifted.

The Sabres have now had five games postponed. No makeup dates have been announced.