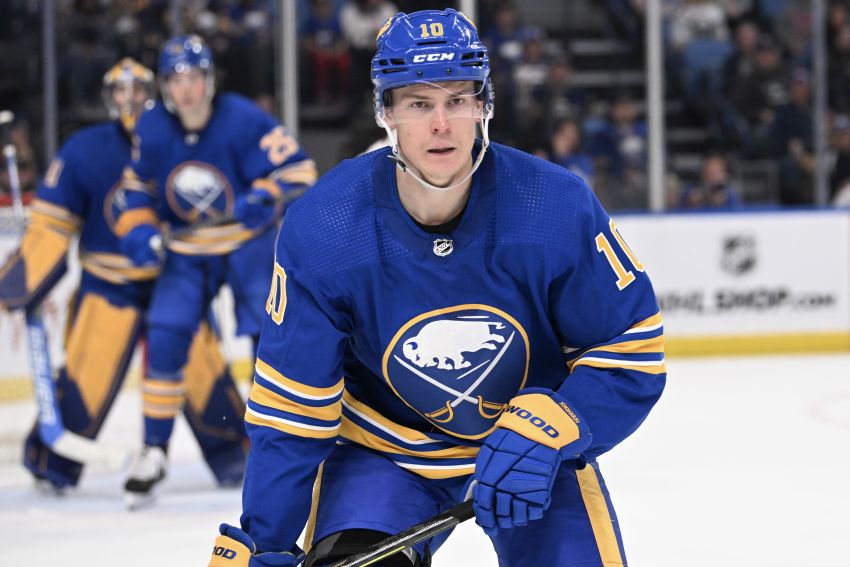 BUFFALO – Sabres defenseman Henri Jokiharju, sidelined since suffering a lower-body injury on Dec. 9, could play in about a week, coach Don Granato said.

Jokiharju, 23, joined his teammates this morning and skated in a contact role as they prepared for tonight’s game against the Minnesota Wild. The Finn has missed the last nine games.

“When a player gets back into practice, that window is really short at this point, as long as he keeps progressing,” Granato said this morning in KeyBank Center. “For him it’ll be pain tolerance and then the ability to push it. He’s been off, so you want to make sure there’s not going to be any groin strains, hip strains, those things, because he hasn’t had, played with much pop.”

Jokiharju possibly hurt himself blocking a shot against the Pittsburgh Penguins. Injuries have limited him to just 16 games this year.

In other news, Granato said captain Kyle Okposo and winger Zemgus Girgensons sat out this morning’s skate for maintenance. Both are expected to play.

Ukko-Pekka Luukkonen, who has win five straight starts, is expected to earn the nod in goal.