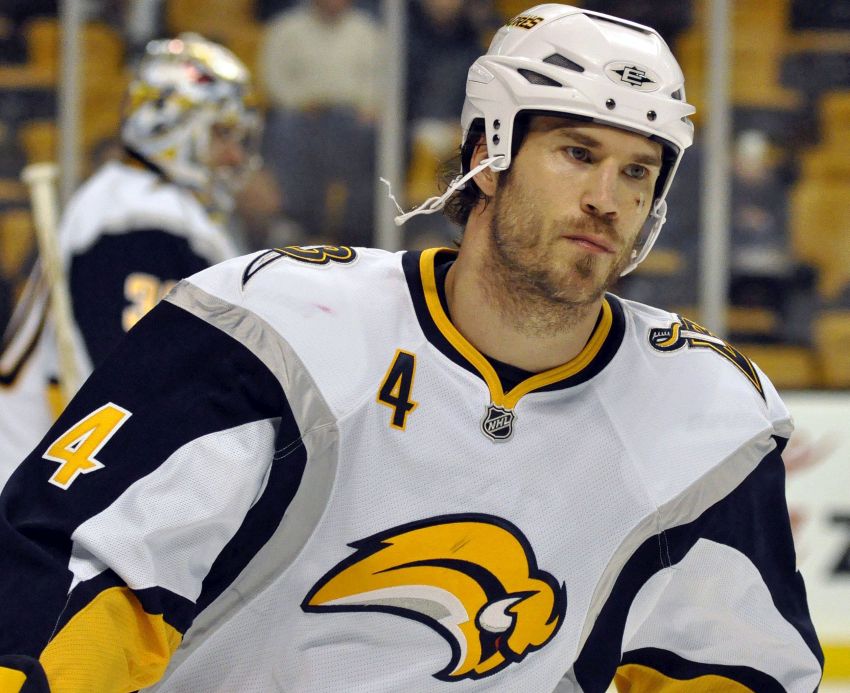 BUFFALO – The Sabres are helping launch a scholarship fund in memory of former defenseman Steve Montador, who died suddenly Feb. 15 at age 35.

The Steve Montador “Dream Big” Scholarship Fund has been started with an initial $10,000 donation funded by the Sabres, the Buffalo Sabres Foundation, the Buffalo Sabres Alumni Association, current players and former Sabres minority own Larry Quinn.

Montador, who was popular with teammates and fans, used to write “dream big” when signing autographs, and the phrase will be used “as a guide in shaping the direction of the scholarship fund,” according to the Sabres.

“Steve had such an uplifting personality, always trying to help others around him and encourage them to achieve their best,” Montador’s father, Paul, said in a statement. “This fund is the exact way Steve would want to be remembered, as a way to support people and inspire them to achieve their dreams. I am very grateful that the Sabres have gotten the ball rolling in terms of fundraising and we know this is just the beginning of a tremendous program that will honor Steve’s legacy by helping others.”

The fund will be overseen by a board that includes Paul Montador. Donations can be made here.