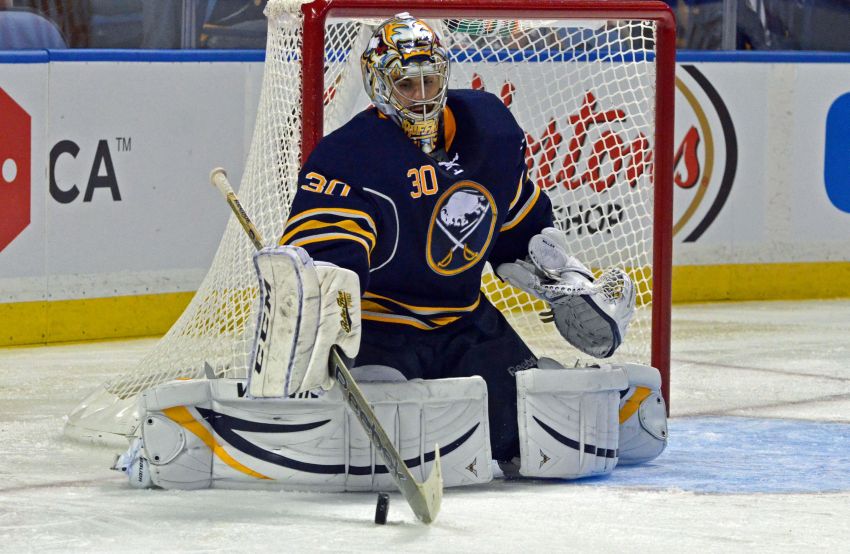 BUFFALO – After a career-high 49-save performance in Sunday’s 2-1 shootout win against Washington, Sabres goalie Ryan Miller will get a well-deserved night off.

“You get a rested Ryan Miller, you’re going to get a better player,” Nolan said inside the Riverside Ice Rink.

Miller’s recent play – 2-0-1 with a 1.55 goals-against average and .961 save percentage – earned him the NHL’s second star of the week, the league announced today.

“He competes hard every game,” he said. “When looked at our schedule, I think we have 21 games in 43 days in something like that. So it’s a lot of games. We got to really monitor our days off and our rest period.”

If a forward can’t play, the Sabres will dress seven defensemen, Nolan said.