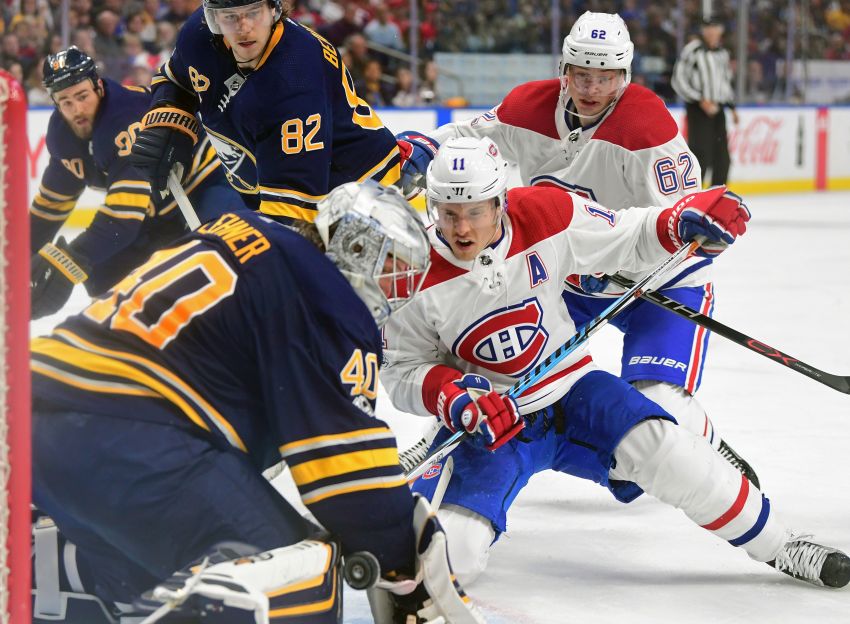 BUFFALO – Before Phil Housley answered a question about goalie Robin Lehner’s 92-minute shutout streak, the Sabres coach looked behind him and knocked on the wall.

“He played a really strong game against Detroit,” Housley said this morning of the Swede’s 32-save shutout Tuesday. “He made some really strong saves, especially in the second period. Our defense in the defensive zone, we collapsed really well, not too many second chances. We’re faced with a team that likes to shoot the puck a lot, especially from the points.”

After sitting out Wednesday’s ugly 5-1 loss in Columbus, Lehner will start this afternoon against the San Jose Sharks, who close a five-game road trip, inside KeyBank Center.

So far, Lehner is enjoying a terrific week. His wife, Donya, just gave birth to a baby girl.

Housley said the Sabres will have no other lineup changes. He said defenseman Justin Falk (lower body) is progressing and day-to-day.