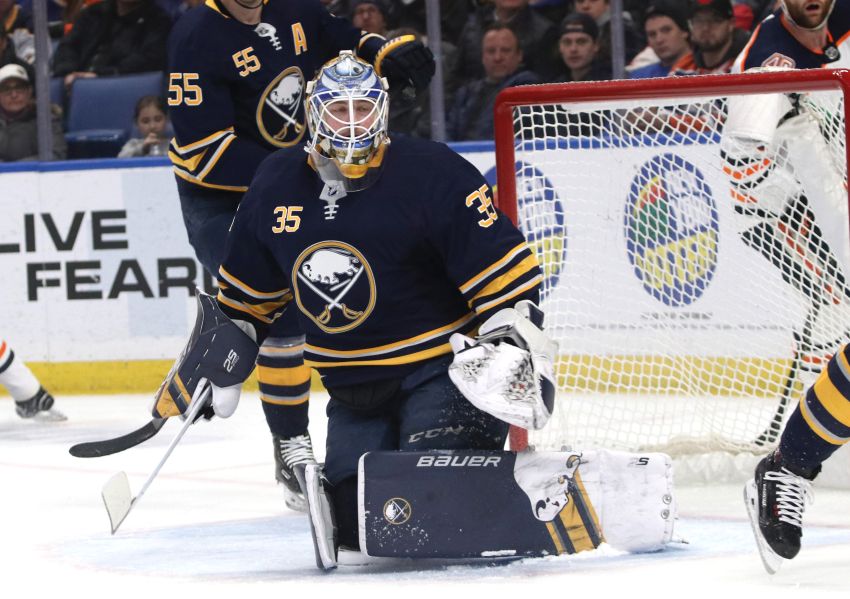 BUFFALO – Fresh off a terrific 40-save outing in his first appearance this season, Sabres goalie Linus Ullmark will start tonight’s home game the Florida Panthers.

The Swede has compiled a 2-2-1 record with a 3.18 goals-against average and a .914 save percentage in five career outings against the Panthers.

The Panthers have started slowly under new coach Joel Quenneville, a three-time Stanley Cup winner with the Chicago Blackhawks.

Bobrovsky signed a seven-year, $70 million contract during the offseason.

“We have a lot of respect for the direction they’re going with the new coaching staff,” Sabres coach Ralph Krueger said this morning inside KeyBank Center. “You can already feel Joel’s handprint on the group. Just like our situation here, there’s a lot of newness and a lot of teaching going on, for sure.

“We have a lot of respect for the skill that’s in their group. There’s a lot of drive, a lot of speed. Their defense are extremely involved in the attack offensively. They come hard, so they’ll test our structure.”