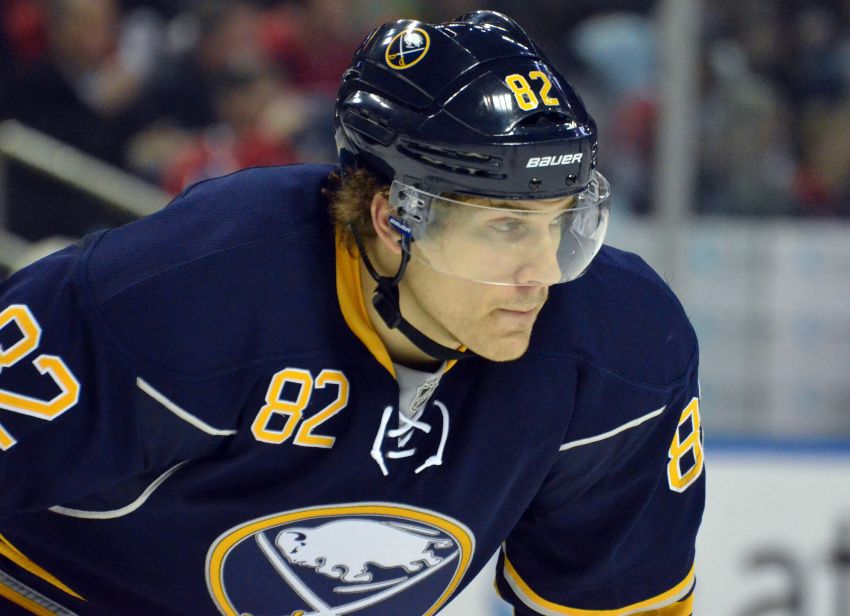 If the Buffalo Sabres had some better options, Marcus Foligno could’ve been benched weeks ago.

Instead, the 21-year-old power forward, a healthy scratch tonight against the Florida Panthers, kept struggling right beside the rest of the Sabres’ anemic offense.

It’s often cliché to talk about the “sophomore jinx,” but Foligno’s certainly experiencing an epic slump during his first full NHL season.

Twenty contests into the 48-game campaign, Foligno has just one goal and eight points. He hasn’t scored since Jan. 29, a 15-game drought.

What happened to the dynamic rookie whose six-goal, 13-point run during 13 late-season games last year made him a fan favorite and early 2012-13 Calder Trophy candidate?

First, Foligno’s really not an elite scorer. Perhaps someday he’ll hit 25 goals and 50 or so points. But he’s probably not going to score 35 or 40 goals and 80 points.

He had 10 goals in 33 AHL games earlier this season and 16 in 60 last year. That’s probably a better indication of his scoring prowess.

Clearly, Foligno overachieved a bit. Most rookies slump at some point. Jason Pominville, Drew Stafford and Thomas Vanek were all healthy scratches as rookies.

Foligno compiled his points last season beside Stafford and center Tyler Ennis, the NHL’s hottest combination in March. Right now, there’s no one for Foligno to feed off of. That line has already been broken up twice this season.

Ennis has played OK offensively for parts of the season. Stafford, meanwhile, has been terrible. His goal output matches Foligno’s.

Foligno possesses a high hockey IQ. He likely knows he deserves be scratched and it could’ve happened a long time ago.