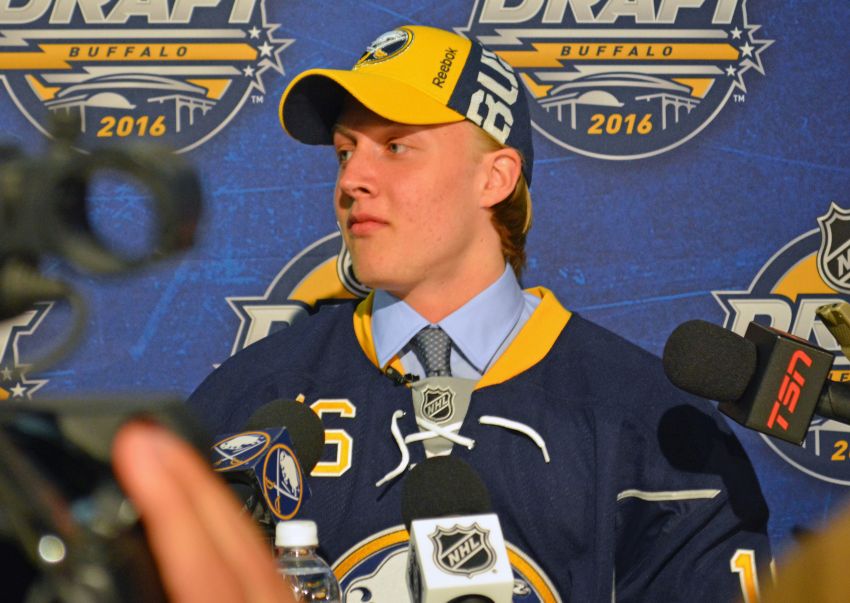 BUFFALO – Swedish winger Alexander Nylander and his older brother, William, are close. Before the Sabres drafted Alexander eighth overall tonight, he spent the entire day with William, someone he has leaned on for advice throughout the NHL Draft process.

“It’s going to be a lot of fun playing against my brother,” an excited Alexander said tonight inside the First Niagara Center. “I think the rivalry is big.”

No kidding. Now, it’s even bigger. In the span of about an hour tonight, the rivalry grew immensely, as the hated Leafs, who have been booed loudly all night, drafted Arizona-born center Auston Matthews first overall.

Nylander knew the Sabres wanted to draft him badly.

“I had a really good feeling since I talked to them before,” he said.

As the picks went off the board, Nylander thought some teams might take him before the Sabres. He mentioned the Calgary Flames, who picked forward Matthew Tkachuk sixth.

“But I had the best feeling with Buffalo,” Nylander said.

The Sabres could have picked Jakob Chychrun or Mikhail Sergachev, two defensemen they were possibly interested in.

While Nylander felt nervous waiting, he said he “enjoyed every minute of it.”