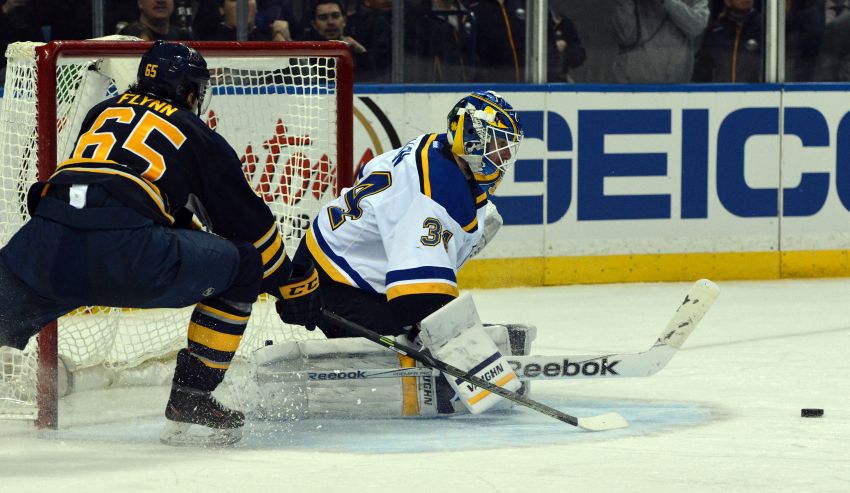 BUFFALO – Thursday’s 3-0 loss to the St. Louis Blues was the Sabres’ 34th defeat this season and their 15th setback in the last 16 games. But against an NHL powerhouse, the league’s worst team held its own, carrying the play for stretches and generating some prime scoring chances.

If the Sabres converted a couple of opportunities – they had two clear-cut breakaways – then they might have upset the NHL’s hottest team. Instead, an opponent shut them out for the ninth time this season.

“We can look at it that way and buy into it was a better effort, but I think that’s a loser’s mentality,” he said. “I think a better effort isn’t good enough. Unless you get that win, I think you got to go back to the drawing board and find out why you lost or look at that video and find out where you made those mistakes.”

“We’re in the business to win,” he said. “Moral victories, everybody can get those once in a while, but the important thing is for this team to try to work and compete and to get better.”

Still, the Sabres, whose 3-2 win Tuesday in Montreal ended their marathon losing streak, played one of their better games this winter.

“I think we came into the game showing them a little bit too much respect,” Stewart said. “The second period got going, got on our toes and started forechecking hard and showing that they are human and they do make mistakes. That was definitely a confidence boost.”

Just playing the Blues, who won their seventh consecutive game have points in 13 straight (12-0-1), should help the Sabres, Nolan believes.

“They don’t take any shifts off,” he said. “They go at you, they go at you hard. When you have a guy like Steve Ott sitting on the fourth line, you know how deep they are. And the way they pursue a puck, they pursue it with the best I’ve seen in this league and … move it quick.”

Dmitri Jaskin pursued Chris Butler’s shot from the point behind the net, opening the scoring 18:04 into the second period. An ill-advised icing by the Sabres helped create the goal.

“That’s one thing that we talked about is being vocal,” Nolan said. “We kind of yelled from the bench Tyler (Myers) had a little bit more time than he thought.”

Goals from Vladimir Tarasenko and Jaden Schwartz (empty net) sealed the game in the third period.

The Sabres generated a slew of strong scoring chances before the 18,912 fans inside the First Niagara Center. Stewart had at least three, including a second-period breakaway he thought had goalie Jake Allen beaten on.

“I think I had him (through the five-hole), put a little bit too much on it,” Stewart said.

Allen stoned Brian Flynn on a short-handed breakaway and a quick rebound in the third period.

Fifty-two games into the season, the Sabres have only 91 goals, putting them on pace for 144 scores, six fewer than last season, when they scored the fewest goals in the modern era.

“We know we can put the puck in the net, I think that makes it worse,” Stewart said. “It’s not about the personnel here. I think it’s about getting hungry in those areas, putting those pucks in the net.”