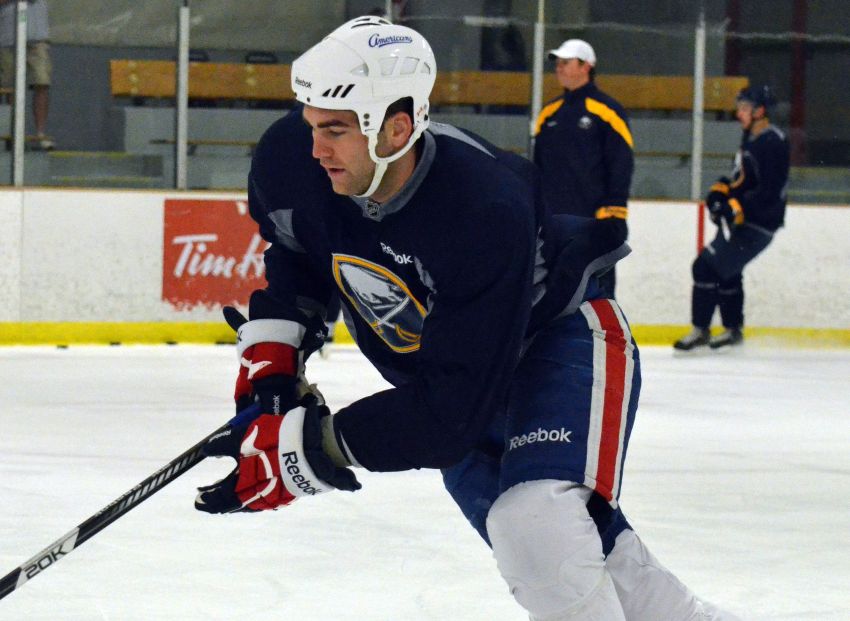 “Actually, it was disappointing, but I understand it,” Sabres general manager Darcy Regier said Monday inside the First Niagara Center following an intrasquad scrimmage. “(Isles general manager) Garth Snow called me just before waiver time to give me a courtesy call to let me know they were going to take him.

Finley, a training camp invite last season, compiled 12 penalty minutes and a minus-3 rating with the Sabres.

The 25-year-old had one goal, five points, 81 penalty minutes and a plus-3 rating in 36 games with the Amerks this season. Washington originally selected him 27th overall in 2005.

The Sabres actually left two Amerks forwards – Kevin Porter and Nick Tarnasky – scheduled to skate in the scrimmage in Rochester. If they had participated, they would’ve been subject to waivers before they could play for the Amerks again.

The two and some other Amerks will go through waivers by noon Thursday, however. Goalie David Leggio and defenseman Drew Schiestel cleared Monday. NHL rosters must be set by 3 p.m. Friday.

Notes: First-round pick Mikhail Grigorenko centered Ville Leino and Steve Ott again during the scrimmage. “I thought Mikhail played very well,” Sabres coach Lindy Ruff said. “That line – you can’t do it by yourself – played well. … (Grigorenko) was probably in or four or five good opportunities. … Overall it was a pretty good showing.” … A crowd of 10,175 people watched the scrimmage. “It was pretty impressive,” Ruff said. … Ruff said Cody McCormick (finger) got through the scrimmage OK. The forward seems to be questionable for opening day on Sunday. … The Sabres report only 18,000 tickets remain for the 2012-13 regular season. Four games – Sunday, Feb. 17, March 12 and March 30 – have sold out. Only single seats remain in the 100 and 200 levels for the other 20 home games. Approximately 18,000 300-level tickets are left.