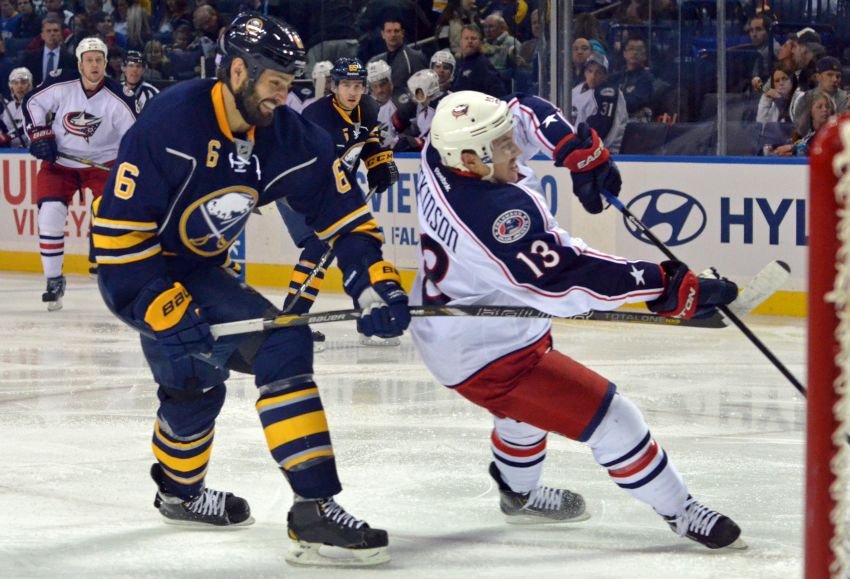 BUFFALO – Not surprisingly, Sabres defenseman Mike Weber, an NHL-worst minus-8, could be benched for Saturday’s game in Chicago against the Blackhawks, the defending Stanley Cup champions.

Weber, a minus-4 in Thursday’s listless 4-1 loss to Columbus, skated with 18-year-old rookie Nikita Zadorov during this morning’s practice inside the First Niagara Center. Zadorov working his way back from a finger injury.

Meanwhile, defenseman Alexander Sulzer, a healthy scratch all season, skated beside Tyler Myers today. Myers spent most of the last two games with Weber before coach Ron Rolston broke up the struggling pair.

Rolston said Henrik Tallinder (upper body) could return Monday. The defenseman has been practicing in a non-contact role. He just started shooting.