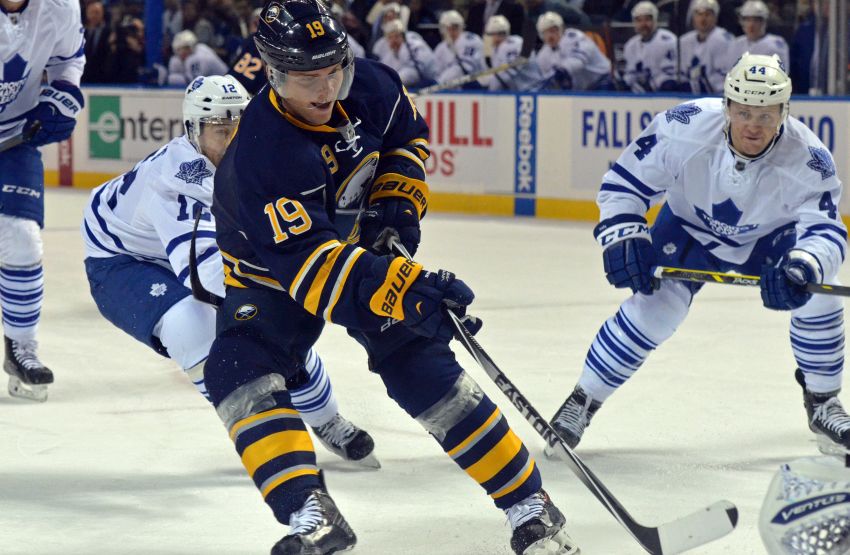 BUFFALO – As the Sabres warmed up before practice this afternoon, coach Ted Nolan and Cody Hodgson skated around the ice together and talked about the season-long slump that forced the struggling center into the press box Thursday.

What was Nolan’s message to Hodgson, who will play again Saturday? The 24-year-old’s trying to work too hard, and that’s forcing him to do things out of his character.

“You don’t need Cody to be banging bodies,” Nolan said inside the First Niagara Center. “We don’t need him to be blocking shots. We need him to have that offensive threat every time he’s on the ice. So we just kind of talked about those type of things, try to play the way he’s capable of playing, and that’s grab the puck and go to the net. … I think he’s trying to do too much in all areas of the ice.”

Hodgson, who has one goal and three points in 28 games, will likely replace center Cody McCormick. Nolan said the lower-body injury McCormick suffered in Thursday’s 4-3 win against Calgary is “nothing too serious.”

Nolan said Andrej Meszaros could play Saturday against Florida. The defenseman was cleared to return from a possible concussion earlier this week.