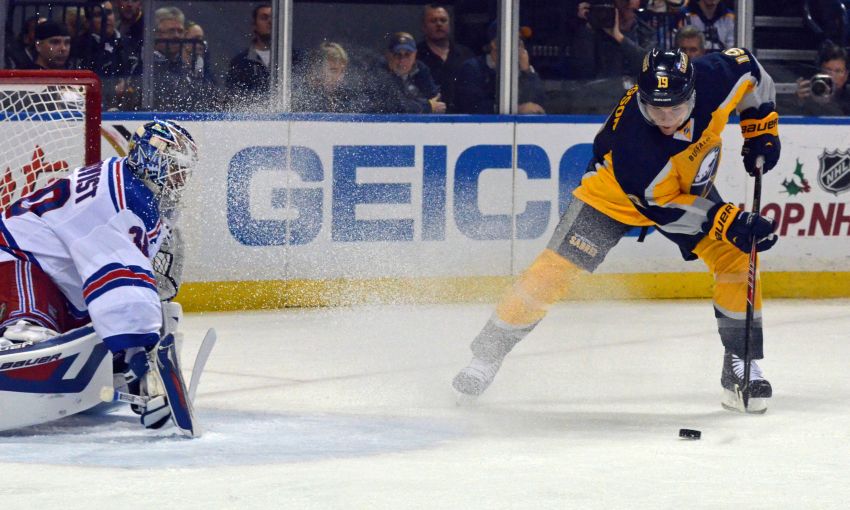 BUFFALO – Not much to report from Sabreland this afternoon following practice.

“He’s a proud man today, for sure,” Nolan said.

“Pretty close,” Nolan said. “He’s probably after this, one more game he should be ready to go.”

Nolan shifted up his lines a bit, moving Marcus Foligno from wing to center and Steve Ott back to the left side.

“We tried Steve Ott there,” Nolan said. “Center ice, it’s a lot of skating. Steve Ott’s a little more effective for us going up and down the wing and being Steve Ott.”