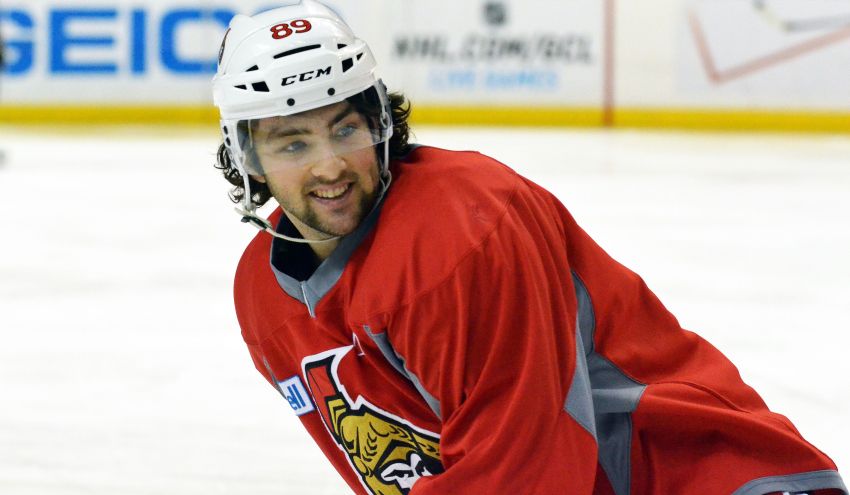 BUFFALO – Cory Conacher is returning to Buffalo, where he starred at Canisius College for four seasons.

The Sabres claimed the 24-year-old winger off waivers today, a move many expected after the Ottawa Senators waived him Tuesday.

Thanks to their 30th overall standing, the Sabres had the first claim.

Todd Reynolds, Conacher’s agent, said by phone Tuesday he wouldn’t be surprised if the rebuilding Sabres nabbed him.

Given the connections – Sabres general manager Tim Murray was recently in Ottawa’s front office and director of pro scouting Jon Christiano is a Canisius graduate – Reynolds thought it made sense.

Conacher, 5-foot-8 and 179 pounds, has four goals and 20 points in 60 games this season. In an odd twist, he played in Ottawa’s 3-2 loss Tuesday in Edmonton after getting waived.

He’s the most decorated local NCAA product ever, compiling 62 goals and 148 points. He’s from nearby Burlington, about an hour across the Ontario border.

Conacher, a restricted free agent following the season, had six goals and 25 points in 72 games after the Senators acquired him last season from Tampa Bay for Ben Bishop, who’s quietly blossomed into a first-rate goalie this season.

Conacher burst into the NHL last season with Tampa Bay, scoring nine goals and 24 points in 35 games before the Lightning dealt him.