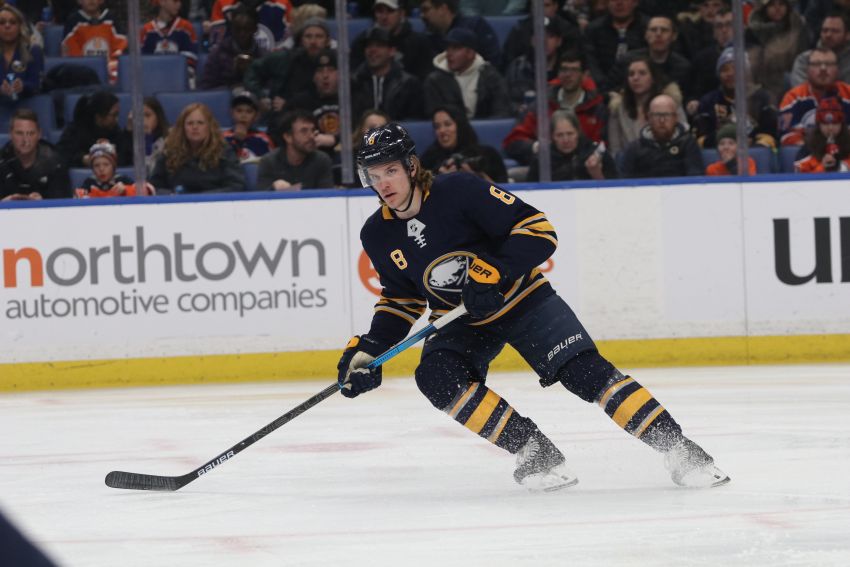 BUFFALO – After playing three straight games, Sabres defenseman Casey Nelson will sit out tonight’s contest against the Dallas Stars as a healthy scratch.

Why? Well, Sabres coach Phil Housley said Nelson will be scratched mainly because his play “has dipped the last couple games.”

“We’ve got some other guys there available and we haven’t had a lot of success, so we’ve made some changes,” Housley said this morning inside KeyBank Center.

The Sabres, who have lost four straight games, will also sit winger Zemgus Girgensons. Tage Thompson will move in after being scratched for the 3-0 loss in Colorado.

Eichel will serve the first game of his two-game suspension.