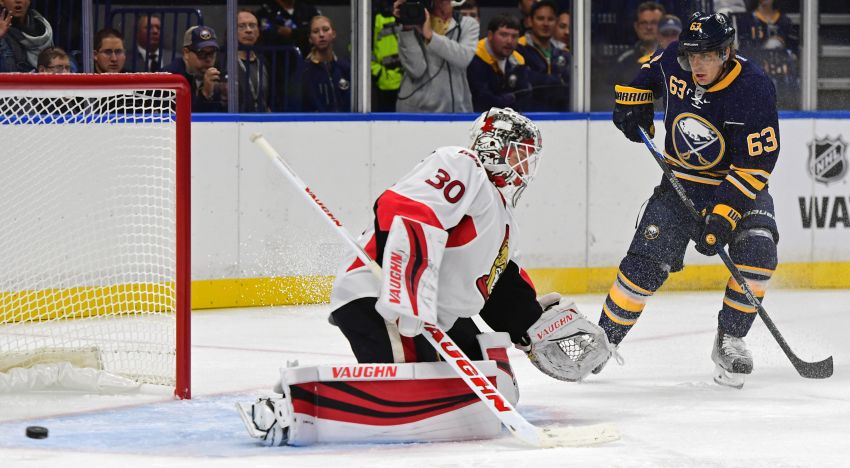 Overall, Hammond has put together a 27-15-6 mark with a 2.31 goals-against average, a .923 save percentage and four shutouts in 56 career NHL outings.

Hammond spent last season with the Iowa Wild. He has also played for the Colorado Avalanche.

– The Sabres have inked center Curtis Lazar to a one-year, one-way contract worth $700,000.

The Ottawa Senators drafted Lazar in the first round in 2013, 17th overall. Lazar has compiled 15 goals and 51 points in 246 career NHL contests.

– The Sabres have signed defenseman John Gilmour to a one-year, one-way deal worth $700,000.

– The Sabres have inked center Jean-Sebastien Dea to a two-year, one-way contract worth $1.4 million.

Dea compiled four goals and six points in 20 NHL outings and 17 goals and 44 points in 46 AHL contests in 2018-19. He has scored five goals and seven points in 29 career NHL games.

– The Amerks have also re-signed forward Dalton Smith to a one-year AHL contract.