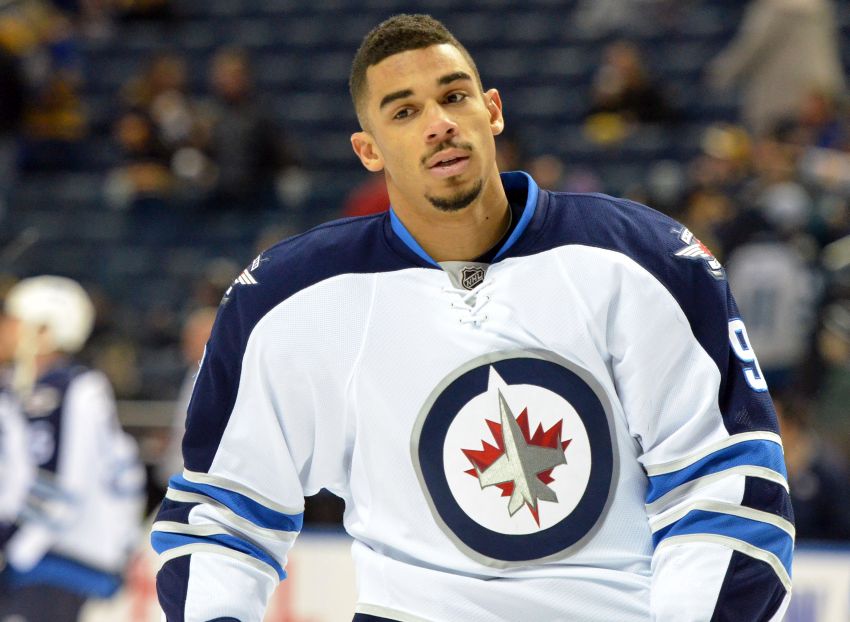 Stay tuned for more updates. The Sabres are scheduled to start practice at 11:45 a.m.

A shoulder injury recently ended Kane’s season. Kane has also had issues with his coach and teammates recently.

Rumors had swirled for months the rebuilding Sabres would trade the 6-foot-8 Myers, their franchise defenseman. Myers struggled mightily after winning top rookie honors in 2000-10. But he has regained some of his old form in the last year or so, skating around 25 minutes most nights. He was arguably the Sabres’ most valuable player and biggest asset.

Myers could flourish on a team contending for a playoff spot like the Jets.

Updates: Here are some quotes from Sabres general manager Tim Murray on the trade, which was in the works three or four days, he said.

On Kane needing a move and his style, on and off the ice:

“I’m confident that he wanted a change of scenery, in his mind probably wanted a more important role. … I think we can give him a more important role. He can be can be an important guy here. He’s going to be a big part of any success we have, I believe. You watch him play on the ice, he plays hard. He plays in traffic. He doesn’t play a perimeter game; he plays a heavy game. He scores goals from around the net. He plays the game right. He finishes checks. He’s a good fighter. I don’t know how much I want him fighting. That’s his character on the ice.

“He’s a big, strong, athletic kid who works hard, has a ton of character in my estimation, has leadership qualities. I’ve liked him since probably the first game I saw him as an amateur. … The one dimension they both bring is they’re hard to play against. They make us as a team harder to play against.”

On parting with Myers:

“Every time you make a trade it’s hard. Tyler was playing No. 1 minutes here, playing in all situations. But you can’t make a trade like this without giving up something. Either you’re in when they call … or you’re out.”

On using the team’s picks and prospects:

“I’ve said all along that I’d much rather use them for players who have played a certain amount of games in the league but that still fit the rebuild and still fit the age category that we need them in. This is my preference to going to the draft and picking twice in the first round and high every year. That’s not my goal.”

On where the team’s rebuild now stands:

“I’m not going to put years on it or days on it, but this speeds it up.”

On what he told Sabres owner Terry Pegula about Kane:

“It wasn’t all unicorns and rainbows and Jujus.”