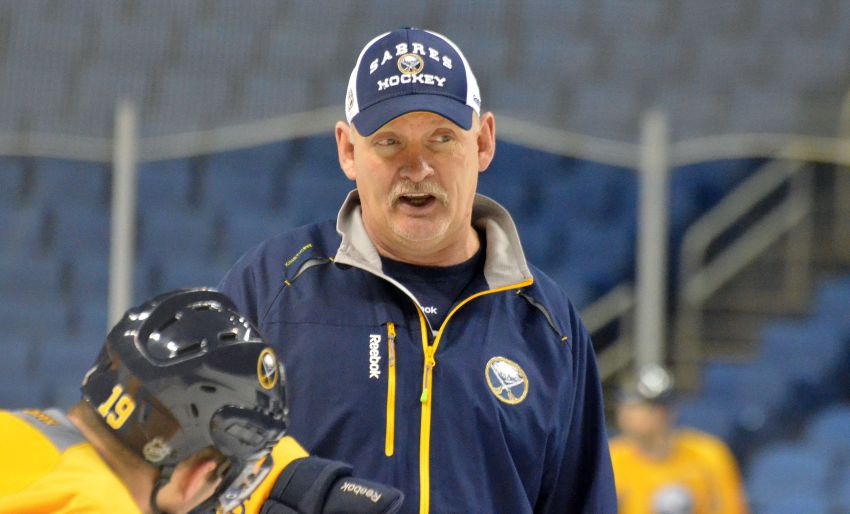 Ruff, arguably the best veteran coach on the market, could speak with Nill more formally soon, the News reported. The 53-year-old Ruff also talked with Tampa Bay not long after his Feb. 20 firing.

The Stars also plan on interviewing Alain Vigneault, who likely won’t be out of work long following his recent dismissal from Vancouver, and Willie Desjardins, their AHL coach, the News reported. The team plans on taking its time searching.

Whether it happens in the coming weeks, later this summer or even the fall or winter, Ruff will almost certainly land another gig. The respect for him around the NHL is just too high. Right now, there are very few proven coaches available. The market basically ends after Ruff and Vigneault.

Now, could you imagine Ruff, whose Stanley Cups dreams were dashed by the Stars with the infamous 1999 “No Goal,” coaching Dallas?