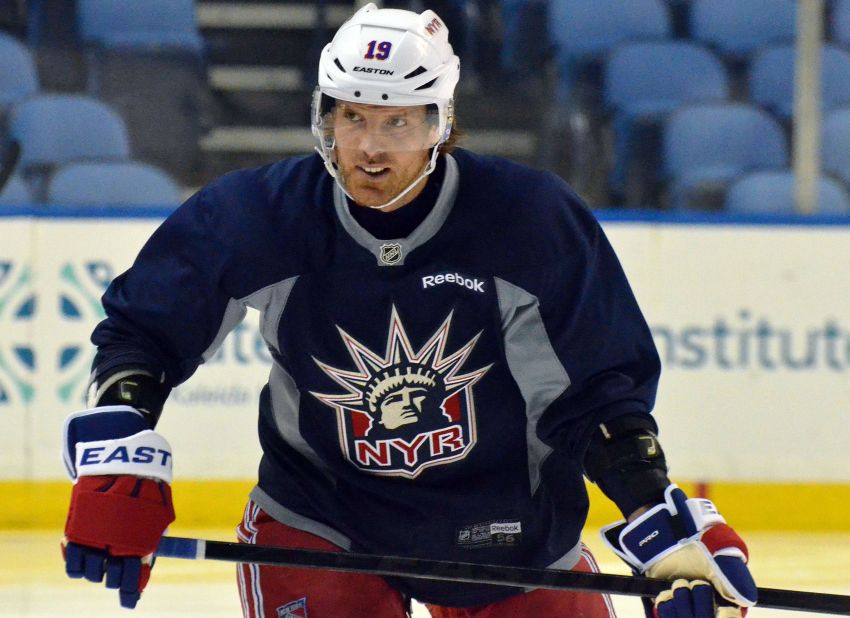 BUFFALO – Incredibly, tonight in the New York, with the Rangers down 3-0 to Boston, coach John Tortorella will make alleged star Brad Richards and his $60 million contract a healthy scratch.

Richards, a former Conn Smythe winner with Tampa Bay in 2004, had already been relegated to the fourth line in the Eastern Conference semifinal, a series he has scored zero points.

Believe it or not, less than two years ago, the center was a coveted free agent. Teams lined up at his agent’s office outside Toronto on July 1, 2011 to meet with him.

Not surprisingly, the Sabres, then at the height of their spending frenzy, wanted Richards. The brain trust planned to go up and meet with Richards as free agency opened.

But their chances of landing Richards appeared slimmed. They had to make a quick decision on Ville Leino.

So the Sabres canceled their visit and signed Leino to a six-year, $27 million contract.

We all know how that has turned out.

Now, it’s very likely both players will be bought out this offseason.

Here’s an excerpt from my July 2, 2011 article on Leino’s signing and the Sabres’ interest in Richards:

“I talked to him about all three positions, and he’s comfortable at all three,” Sabres coach Lindy Ruff said late Friday afternoon inside HSBC Arena. “But his position that he likes the most is playing center, which is really a bonus, an ideal fit for us. We feel like, initially, that’s exactly where we want to utilize him.”

One thought on “Not long ago, Sabres wanted to sign Richards”