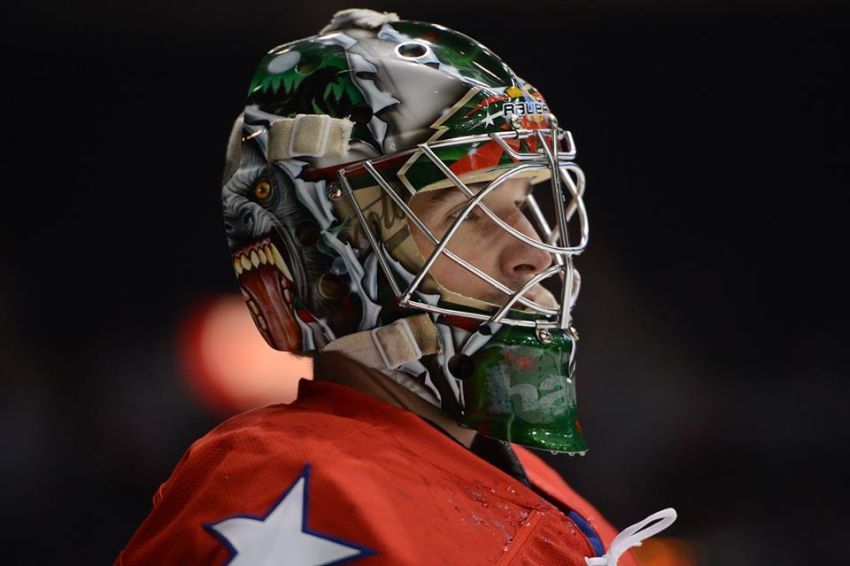 Matt Hackett could be Rochester’s No. 1 goalie next season. ©2013, Micheline Veluvolu, Rochester Americans

The 23-year-old Hackett, a key piece in April’s Jason Pominville trade with Minnesota, gets $715,000 in the NHL, Lavoie reported.

If the Sabres keep starting goalie Ryan Miller, Hackett’s expected to be Rochester’s No. 1 netminder in 2013-14. The prospect played three regular-season games and one postseason contest with the Americans last season.

Hackett was the AHL Houston Aeros’ starting goalie for three seasons, playing 132 games. He went 3-7 with a 2.63-goals-against average and a .914 save percentage in 13 NHL appearances with the Wild.

Related: Sabres goalie prospects will battle for action with Amerks next season