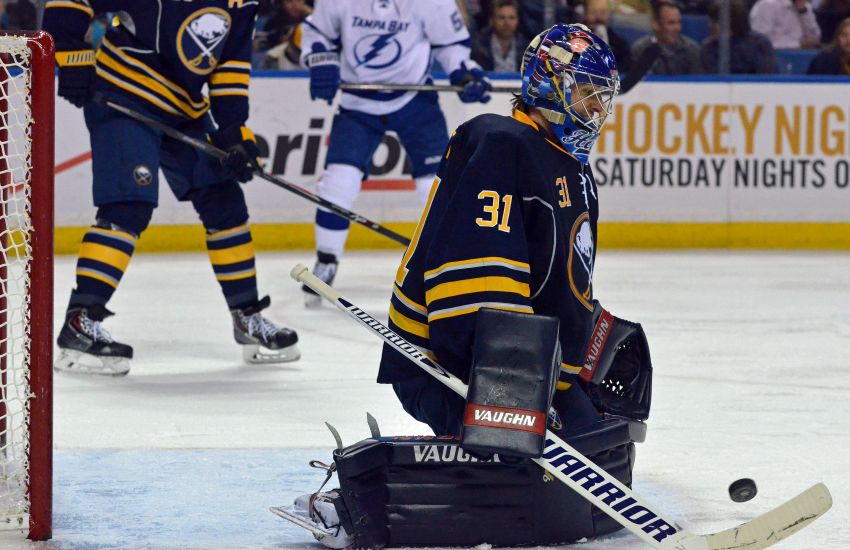 BUFFALO – The Sabres have re-signed goalie Matt Hackett to a one-year, two-way contract worth $750,750 in the NHL, according to reports.

The 24-year-old, a restricted free agent, accepted his qualifying offer.

Hackett played eight games with the Sabres late last season, going 1-6-1 with a 3.10 goals-against average and .908 save percentage. He was scheduled to undergo surgery after suffering a gruesome knee injury April 12 in Boston. The Sabres haven’t discussed his status for next season.