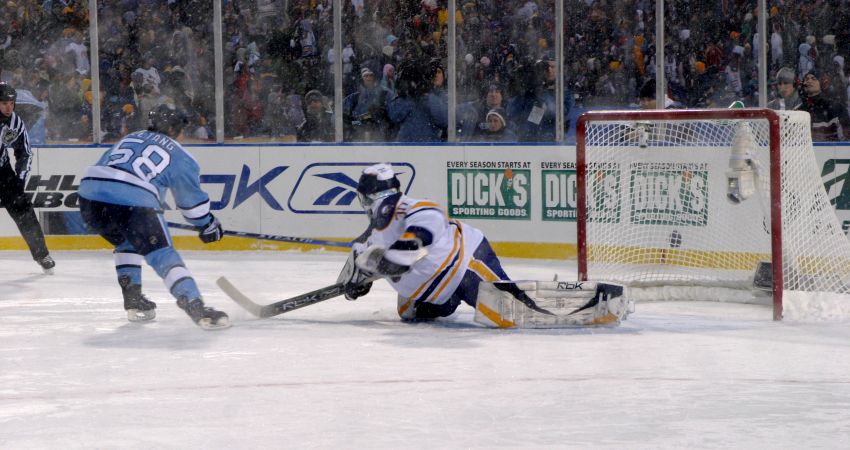 The Buffalo Sabres could be participating in a Heritage Classic outdoor game this season against the Toronto Maple Leafs in Hamilton, Ont., according to the Buffalo News.

The game would take place March 13 at Tim Hortons Field, the home of the Canadian Football League’s Hamilton Tiger-Cats. The Sabres are scheduled to host Toronto that afternoon at KeyBank Center.

The Sabres did not offer that game in their two half-season ticket packages for the 2021-22 season.

The News reported plans for the game are in the works but nothing has been finalized. The border between the United States and Canada, which reopened earlier this month after the COVID-19 pandemic forced its closure for more than a year, could be an issue, according to the paper.

Tim Hortons Field, which opened in 2014, seats nearly 24,000 for football. The capacity can be expanded for larger events.

Despite playing 63 miles from KeyBank Center, the Sabres would be considered the “home” team for the game. They also gave up a date in Buffalo and were the home team for the 2018 Winter Classic at Citi Field in Flushing, a game they lost 3-2 to the New York Rangers in overtime.