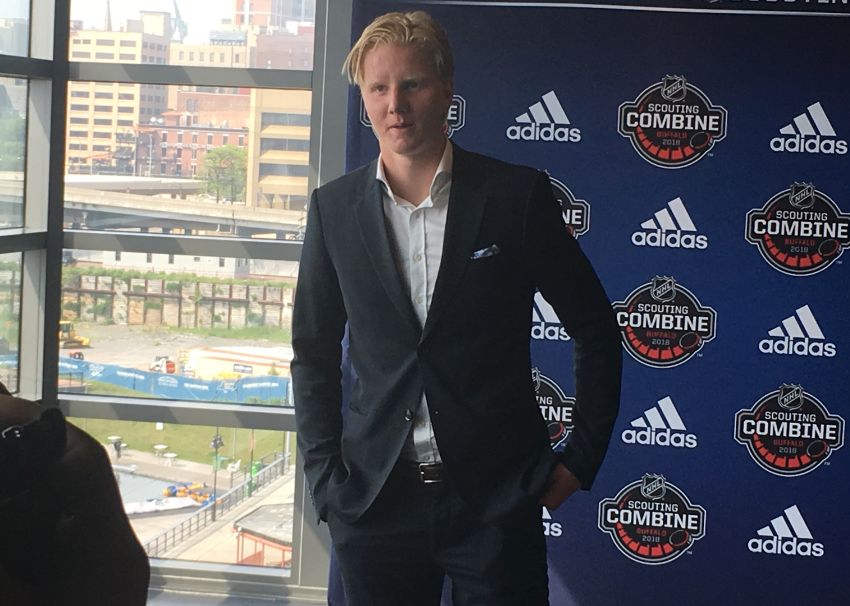 Some youngsters might’ve showcased a few nerves in the spotlight. Dahlin, less than two months removed from his 18th birthday, handled it like a pro this afternoon.

Heck, Dahlin said he “loves” dealing with the media.

Naturally, Dahlin, met with the Sabres this week, although he said coach Phil Housley, a Hall of Fame defenseman, didn’t attend. General manager Jason Botterill, however, was in the meeting.

“It was like all the other meetings,” Dahlin said. “Yeah, it was great. It was all fun in that meeting, it was pretty good.”

The Swede knows of Housley’s career from watching highlights on the internet.

In other news, the Sabres have relinquished the rights to 2016 draft picks Vojtech Budik Brandon Hagel and Austin Osmanski. Today was the deadline to sign them.

One thought on “Rasmus Dahlin comfortable in spotlight”