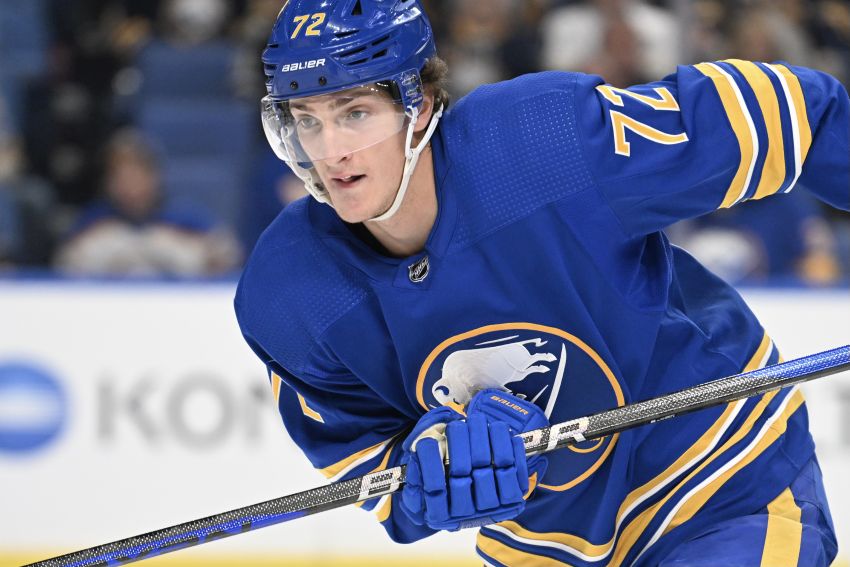 BUFFALO – Tage Thompson’s development into an NHL All-Star ranks as one of hockey’s most remarkable stories.

Less than two years ago, Thompson, 25, was a struggling winger on the NHL’s worst team. The Sabres even demoted him to the taxi squad. Today, he’s their No. 1 center and the centerpiece of the league’s most prolific offense.

The 6-foot-6, 220-pound Thompson has scored 30 goals and 55 points in 36 outings this season, gaudy numbers that ranked second and third in the league, respectively, entering Thursday’s games.

If he continues his torrid production, he would score a whopping 68 goals and 125 points over a full season.

On Thursday night, Thompson earned a spot on the North Division’s initial eight-man roster for the NHL All-Star Game on Feb. 4 in Sunrise, Florida.

Thompson, who scored a career-high 38 goals last season, has been scorching, having compiled 29 goals and 52 points in his last 29 games. He scored three times in Tuesday’s 5-4 road victory over the Washington Capitals, including the overtime winner, leading the Sabres to their seventh win in the last eight games.

“I’ve said it in the past, I think you try to set goals for yourself in small increments, and I think when you reach it, the bar, you keep raising it as you get closer to,” Thompson said following Thursday’s practice at KeyBank Center of reaching the 30-goal mark again. “So for me, it’s something where your goal is continually changing for you. My goal was to get close to that, that number I hit last year and try to surpass it and obviously we’re already there. So that bar continues to climb and just try to keep outdoing your expectations.”

On Dec. 7, Thompson scored five goals and six points in the Sabres’ 9-4 road win over the Columbus Blue Jackets. His four goals in the first tied an NHL record for most goals in one period.

The final three players on each All-Star roster (two skaters and one goalie) will be decided by a fan vote that began Thursday and runs through Jan. 17.

Defenseman Henri Jokiharju, out since suffering a lower-body injury on Dec. 9, has started rehab skates, according to the Sabres.