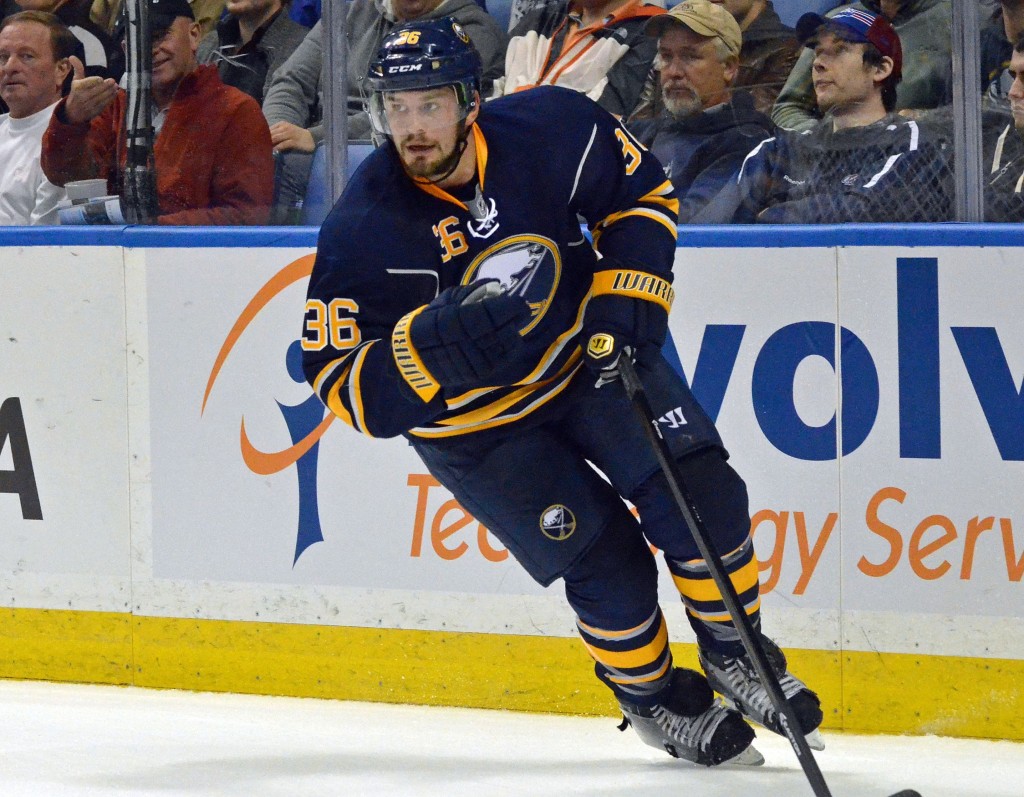 Instead of jettisoning him from the organization, his hometown club sent the hard-hitting winger to the Rochester Americans with a strong message from general manager Darcy Regier: redesign your game, stop getting suspended and you could have a roster spot again in the future.

“It’s about me improving and I’m grateful for the opportunity,” Kaleta said today following his first practice with the Amerks inside the Bill Gray’s Iceplex. “I always try to do everything 110 percent. By no means am I going to come down here and just go through the motions and stuff. I’m going to give everything I got to this team, for these players.”

Still, the last few days have been difficult for the Kaleta. Getting waived Saturday shocked him.

Now, Kaleta, who’s been suspended four times since 2009-10, including twice in his last 21 games, must do that in the minors.

He added: “My devotion and my heart and my hard work is all for the Buffalo Sabres organization and making me better.”

Kaleta said the assignment could “be a blessing in disguise for me to be a better hockey player.”

“I’m here to play hockey,” Kaleta said. “That physical aspect will always be there and be part of my game and people will know that. But for me, it’s about playing hockey, getting the puck, working my hands, being around net more, skating with the puck more and just improving those aspects of my game.”

Amerks coach Chadd Cassidy wants to give Kaleta time to assimilate and won’t play him Wednesday against the Hamilton Bulldogs. Cassidy’s confident Kaleta will hone his game and become a more effective NHL player.

“Obviously, he’s got to make some changes the way he plays, the situation he’s in with the National Hockey League,” Cassidy said. “Having known Patrick for a long time, he has the ability to play. He’s got to get back to being a guy that can play with the puck, makes some plays, be a more five-on-five player.”