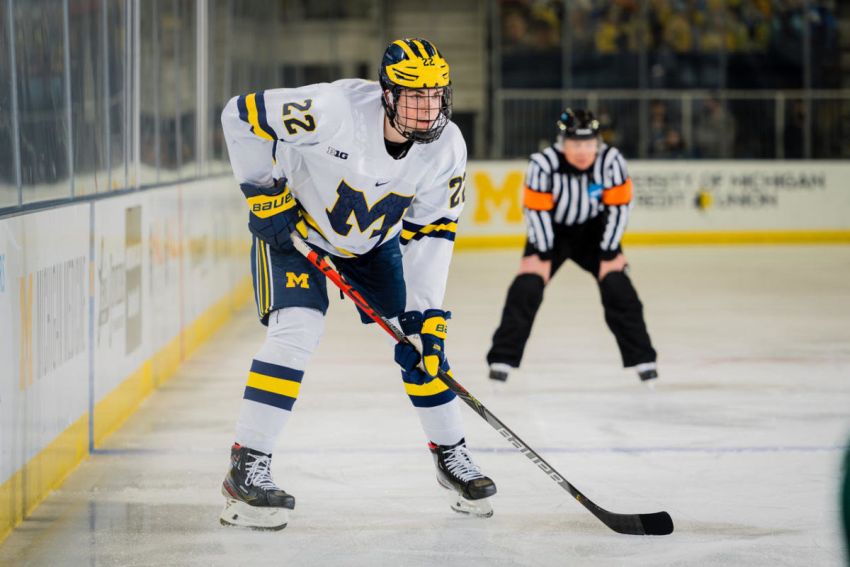 They wanted to learn when Power, 19, would be joining the Sabres after inking his three-year, entry-level contract and how they could connect with him.

“It says a lot to me of what this group is all about,” Adams said on a Zoom call Friday. “And you know how excited they are to welcome him in.”

The excitement is warranted. In the 6-foot-6, 213-pound Power, who played his final collegiate game Thursday, the Sabres possess one of hockey’s most dynamic prospects.

Over the past five weeks, the Sabres have made significant strides, compiling a 10-5-3 record entering Friday’s road game against the Florida Panthers. After years of futility, they finally seemed to have turned a corner.

Now, they’ve added Power, the first overall pick in 2021, to their arsenal.

“It’s a proud day for our organization,” Adams said. “We certainly believe in Owen and his abilities both on and off the ice, just the person he is. You’ve heard me talk over and over again about culture and what we’re building here and he is a phenomenal person, human being just the way he carries himself. He treats people well. We’re excited just to have him join this group and come in and be himself.

“And he can just come in and play. He doesn’t have to feel like the weight of the world’s on his shoulders.”

Adams said Power, who will wear No. 25, will meet the Sabres on Saturday in Tampa Bay, where they face the Lightning on Sunday afternoon. Power, however, likely won’t make his NHL debut until Tuesday in Toronto, his hometown, against the Maple Leafs.

“That’s kind of the tentative plan,” Adams said. “I think it’d be good for him to get on the ice a couple days, be around the guys. He’ll watch the game in Tampa and then be ready to go.”

Power, of course, was expected to sign with the Sabres after his sophomore year with the Wolverines. When the Sabres drafted him July 23, he said he would likely stay in college one more year before turning pro.

The season proved to be fruitful. Yes, having lost 3-2 in overtime Thursday to Denver, Michigan fell short of a national championship. Still, the Wolverines reached the Frozen Four. Power also represented Team Canada at the World Junior Championship, which got underway but was canceled because of COVID-19, and the Olympics.

“Just being a college student and playing in front of 8,000 fans and the band going and going into tough environments that makes college hockey so special,” Adams said. “I mean, that feeling is a big deal and just managing the workload of being a student and what that means as a student athlete. It’s great.

“And on the ice, he played huge minutes, top team in the country, got the chance to go to World Juniors. … Got a chance to go to the Olympics. I think when you add it all up, it was a great development year for him because regardless of how talented he is, he’s still a young player and we want to keep helping him get better and better and set him up for success.”

About two hours after Michigan’s loss Thursday, Adams, who watched the game in Boston, said he contacted Power’s adviser, Pat Brisson, and chatted. They picked up the conversation again Friday morning and the deal was announced shortly after 3 p.m.

While the Sabres will have just eight games with Power this season, Adams believes a short taste of the NHL can buoy him.

“We want to set him up well for success and then we just want to let him go play,” Adams said. “Go play and have fun. That’s why I really believe this stretch of games until the end of the season is so critical for him because you feel the NHL game, you get a good understanding of what you need to do to prepare yourself to play, the speed of the game, physicality, all of it.

“He’ll take that into his offseason and just the way he’s wired is the type of kid who processes things very quickly and he’ll learn quickly.”