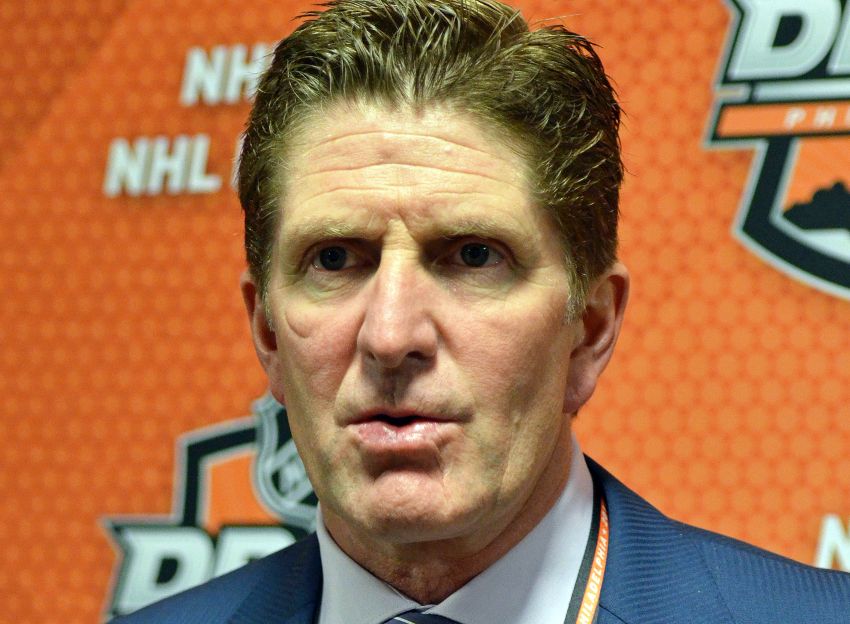 By most accounts, the Toronto Maple Leafs, one of about five teams Babcock had spoken to, had fallen out of the picture by Tuesday.

But the Leafs, the Sabres’ closest and fiercest rival, stunned the hockey world today, signing Babcock to an eight-year deal worth as much as $50 million, according to Sportnet’s Elliotte Friedman. The Sabres had made Babcock a similar offer, according to several reports.

It was no secret Babcock wanted to set a new standard for coaches’ salaries, a goal he certainly accomplished. Welcome to the era of the $4 or $5 million hockey coach.

Babcock, who has won one Stanley Cup and two Olympic gold medals, will reportedly also have some personnel say. The Leafs still haven’t hired a general manager.

For one of the few times since he bought the team in 2011, Sabres owner Terry Pegula didn’t get what he wanted. Pegula and his wife, Kim, whose hiring of Rex Ryan to coach the Bills has been a hit, wooed Babcock when he visited Buffalo on May 10. The Sabres, according to multiple reports, felt confident earlier this week they had landed their man.

The Sabres have stayed tight-lipped about their coaching search, even refusing to hold an end-of-season news conference. It’s believed they could be interested in Luke Richardson, a coaching prospect Sabres general manager Tim Murray hired to lead the AHL Binghamton Senators during his Ottawa days. Dan Bylsma, who coached the Pittsburgh Penguins to the 2009 Stanley Cup, is also available.