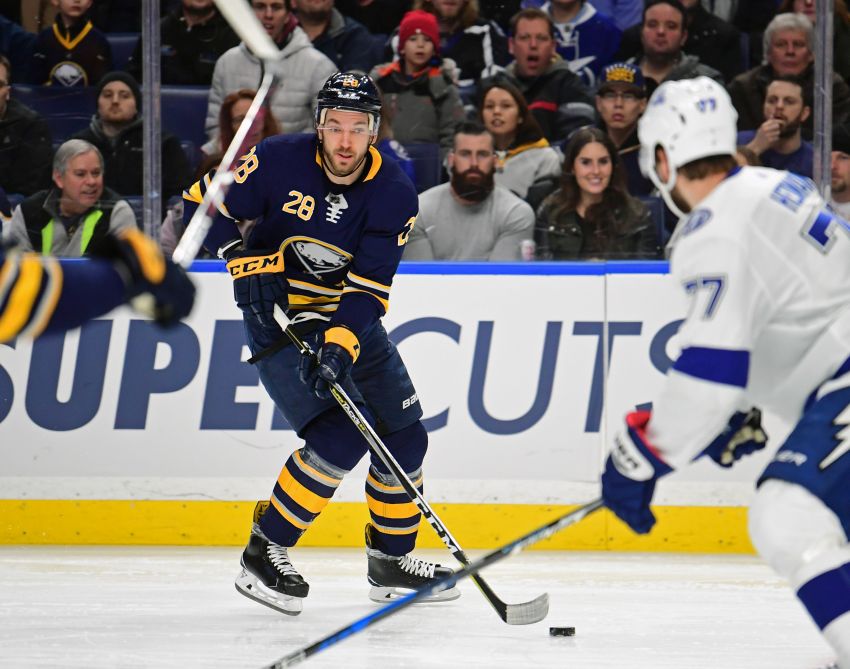 BUFFALO – Forty-four days ago, the first-place Sabres roared into Tampa Bay enjoying a 10-game winning streak. While they lost 5-4 and fell one point behind the Lightning, the end of their raucous run felt like the start of something special.

Yes, Tampa Bay has really earned 35 of a possible 38 points. The NHL’s best club has an 18-point lead on the Sabres entering tonight’s tilt inside KeyBank Center.

How good are the Bolts? They’re 34-8-2 overall, an astonishing mark in an age of parity.

Lightning winger Nikita Kucherov has already compiled 21 goals and 72 points, putting the Russian on pace for a whopping 134 points. That would be the NHL’s highest total since Jaromir Jagr had a 127-point season in 1998-99.

“I don’t think it’s another level, I just think it’s that’s how good he is,” Lightning captain Steven Stamkos said this morning. “We saw it last year, we’re seeing it this year. We’ve seen it for a long time now, he’s one of the best in the league.”

In other news, the Sabres, who lost 4-3 Friday in Carolina, had this morning off. Coach Phil Housley will address the media this afternoon.

Backup goalie Louis Domingue will start for the Lightning.

Update: Housley said goalie Linus Ullmark will start tonight, his 16th appearance this season. The rest of the lineup will remain the same, meaning defenseman Nathan Beaulieu will be scratched for the fifth straight game.