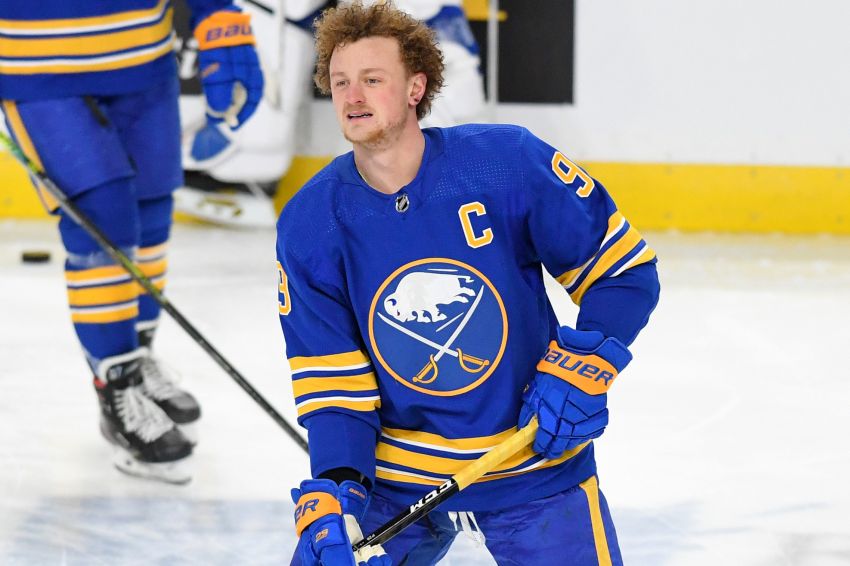 In Jack Eichel’s first comments since he herniated a disc in his neck March 7, the captain acknowledged a “disconnect” between himself and the Buffalo Sabres over how his season-ending injury has been handled.

“I would say I’ve been a bit upset about the way things have been handled since I’ve been hurt,” Eichel said on a 25-minute Zoom call this afternoon as the Sabres held end-of-season meetings inside KeyBank Center following their last-place finish. “I would be lying to say that things have moved smoothly since my injury.”

Eichel, who has expressed frustration over the Sabres’ constant losing, said “there’s been a little bit of … my own camp on one page and the team on another.”

Eichel, 24, clearly wants to have surgery. He said because he’s under contract with the Sabres, he doesn’t have the final say.

The Sabres offered very few updates on Eichel before announcing April 14 he would miss the rest of the season. Sabres general manager Kevyn Adams said then the center would be re-evaluated early this month.

Eichel said he wants to do what’s best for himself. He never mentioned asking for a trade.

“Yeah, it was tough. I think that there was a little bit of things I guess maybe just haven’t been very black and white, to put it in perspective. I think we’re all trying to educate ourselves on the situation and what would be best moving forward.”

Would he still like to be a part of the solution in Buffalo? Would he like to move on?

Eichel endured the roughest season of his six-year career, mustering just two goals and 18 points in 21 games. He said he fractured the tip of his rib shooting during a workout a few weeks before training camp. He never got on track after missing the early part of camp. He also sprained his ankle in February and was still dealing with an abdominal injury he suffered last season.