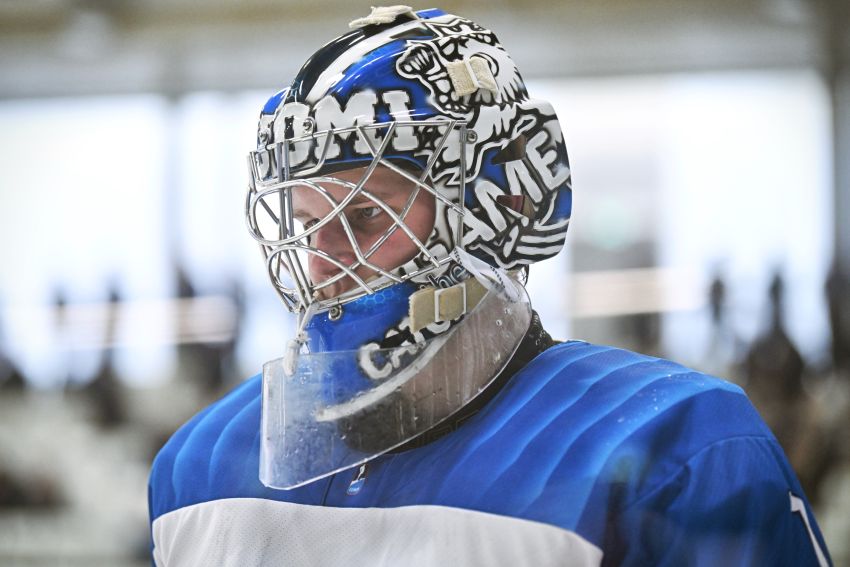 MONTREAL – All along, the Buffalo Sabres planned to select a goalie this year. But there was a problem: the 2022 NHL Draft was light on net prospects.

“We felt this guy had first- (or) second-round value,” Jerry Forton, the Sabres’ director of amateur scouting, said Friday afternoon following the draft inside the Bell Centre. “The question was do we use one of our first-round picks to take a chance or wait for the second-round pick? It really was never a consideration that we would have gone later than that.”

But on Friday morning, eight teams passed on the 6-foot-5, 233-pound Leinonen when the second round started. The ecstatic Sabres grabbed the Finn 41st overall.

Leinonen was the first goalie taken in the entire draft.

“We got to pick 41, we felt strongly this was the time to make it,” said general manager Kevyn Adams, who did not take a goalie in his first two drafts. “Really feel that there’s a huge upside with our goalie there, big kid, really showed signs of being a high-level goaltender, and it’s going to take time to develop. It’s good to have options, and you want depth in net.”

Right now, the Sabres possess plenty of goalie prospects. In addition to Leinonen, they have Devon Levi, Ukko-Pekka Luukkonen and Erik Portillo.

They’re hurting for immediate help, however, as they have just one established netminder, Craig Anderson, under contract.

Leinonen, 18, offers the Sabres another intriguing prospect. He spent most of last season with JYP, a junior team, compiling a 9-10-0 record with a 2.28 goals-against average and a .916 save percentage in 21 games.

He also played four games with JYP’s pro team in Liiga and made two appearances with KeuPa HT, a team in a second-tier Finnish pro league.

Leinonen backstopped Team Finland to a bronze medal at the World Under-18 Junior Championship this year, recording a 3-2-0 record, 2.61 goals-against average and an .897 save percentage.

“We loved the on-ice athleticism and big-save ability, especially at his size,” Forton said. “He’s obviously a big kid. We feel like he’s just scratching the surface. He’s had a lot of international experience. Can say some of it has been up and down, but what’s really impressed us is that it seems like every time he’s faced some adversity, and we saw that at Under-18s year, he’s had a bounce-back game.

“We had a couple really good live viewings of him playing with the men.”

Forton said the Sabres did their due diligence on Leinonen, talking to his teams at home and goalie coaches he has worked with. They also had a long chat with him last month at the NHL Scouting Combine in Buffalo.

He said Leinonen is “a very confident kid, he’s got some personality to him.”

“He’s a popular kid in his peer group,” he said. “There were very positive feelings. There were some jokes made that maybe he wasn’t going to be happy getting drafted by Buffalo because I kept him in the room a little bit long, that he might have had it with us in the end.”

The Sabres are also excited Seamus Kotyk, their goalie development coach, can work with Leinonen.

“Seamus Kotyk, our development coach, has some history working with Finnish goalies and has done a good job building relationships with all our goalies,” Forton said. “The idea of having this guy and our hands on him for the next few years is really exciting for us.”