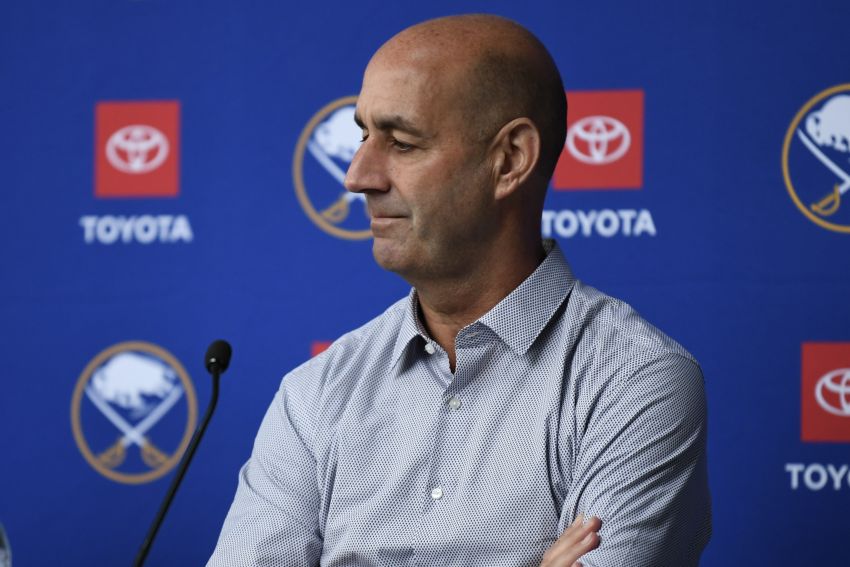 MONTREAL – In Viktor Neuchev, the Buffalo Sabres saw value. They ranked the talented winger as one of the top three Russian prospects in the NHL Draft, said Jerry Forton, the director of amateur scouting.

Many Sabres scouts graded Neuchev as a first- or early second-round pick. Their analytics staff pegged him as a first-round selection.

As the draft approached, general manager Kevyn Adams said the Sabres would evaluate Russians as prospects first. They might put an asterisk next to some of their names – Russia’s invasion of the Ukraine has greatly impacted the hockey world – but they wouldn’t rule out taking any.

Last year, the Sabres selected four Russians, the first time they had drafted any since 2016.

So when Neuchev was available in the third, 74th overall, they couldn’t resist.

The Sabres understand it might take time for the 6-foot-2, 165-pound Neuchev, 18, to come to North America. Still, they believe picking him is worth the risk.

“We see a high-talent, big upside type of player,” Adams said Friday after the draft ended inside the Bell Centre. “There’s a lot to be excited about him in terms of potential, similar to some of the stuff we talked about last year. We know there’s a path that takes a while. But for us (there) is value. If there’s a player we felt is in a spot that is high value, we’re going to make the pick.”

Neuchev enjoyed a terrific season in 2021-22, registering 40 goals and 67 points, both team highs, in 61 games for Avto Yekaterinburg. His gaudy goal total ranked third in the MHL, a Russian junior league. He also pumped a league-high 363 shots on goal.

“As much as he’s a scorer, which he clearly is, he was also driving play by himself,” Forton said. “Very competitive kid, a great stick. He’s got great edges, he’s got to take another step with his open-ice speed, but we really like the combination of playmaking ability, the ability to drive play by himself and having the high-end scoring element to his game.”

Forton said Neuchev’s organization also appealed to the Sabres. He said Detroit Red Wings legend Pavel Datsyuk, who retired in June after ending his career in Russia, will be taking over as Yekaterinburg’s head of development.

“(He) has already had his hands on some of these players, so that’s very appealing to us,” Forton said. “We think he’s in a very good development spot right now.”