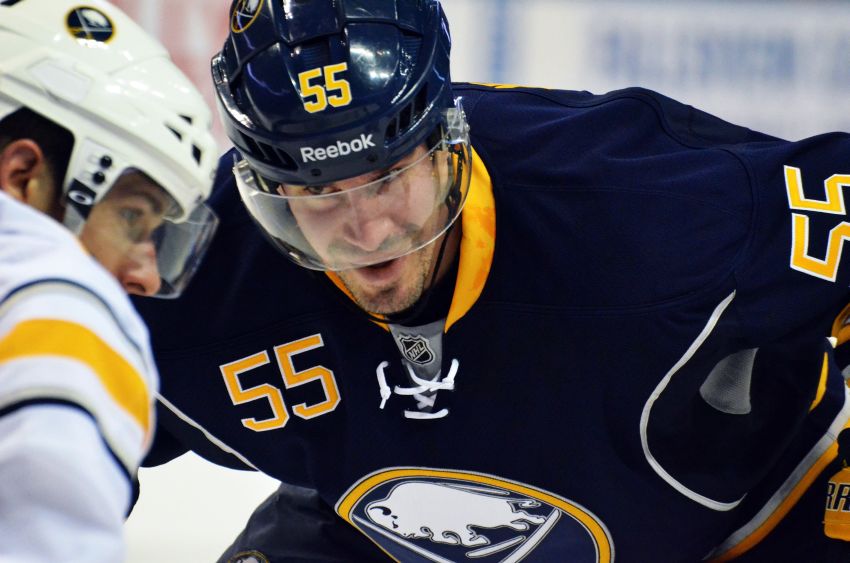 Jochen Hecht had enjoyed a regular spot in the lineup since 2002. ©2013, Dan Hickling, Olean Times Herald

“We had a lot of scenarios going on with players,” Rolston explained after the Sabres practiced inside Cazenovia Ice Rink. “We have a lot of good players. We wanted to get (tough guy) John (Scott) back in there in that environment with the last time we played (the Devils), it was a little testy. So we wanted to make sure we had some coverage, especially now that Patrick Kaleta was out. …

Clearly, the benching has left Hecht, who has one goal and six points in 24 games, fuming. He wouldn’t talk to reporters prior to the Sabres’ 3-2 shootout loss in New Jersey or again today.