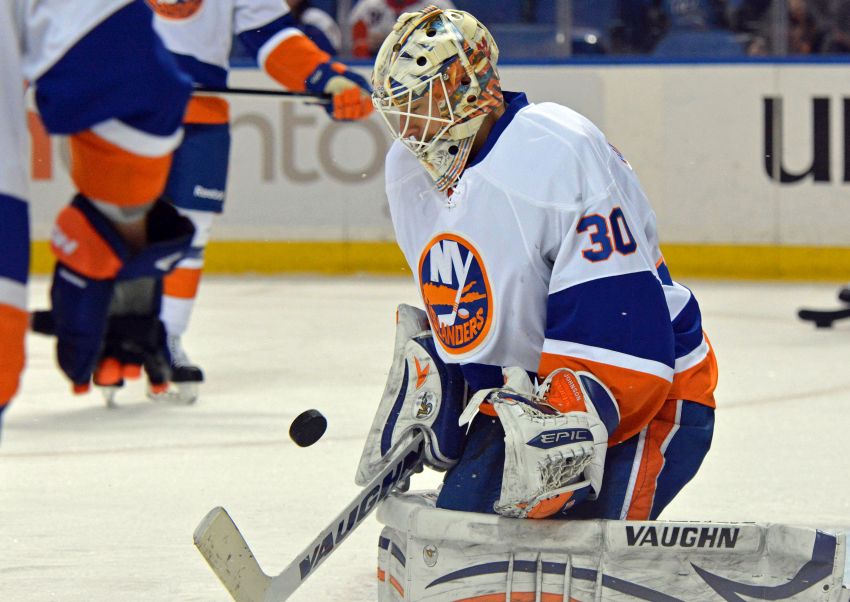 Still, newcomer Chad Johnson will start Friday in Ottawa, his first nod since coming over from the New York Islanders on Monday.

If the 28-year-old plays well, he could start again Saturday in Washington.

“We’ll see how Chad does and go from there,” Nolan said this afternoon following practice inside HarborCenter.

Johnson left one of the NHL’s best teams for the Sabres, the league’s worst.

“Everybody’s disappointed going from the top-place team down to one that’s not going to make the playoffs,” Nolan said. “I know it’s mentally tough, but he’s got to look at it as an opportunity himself to grab a hold of the No. 1 job here going the rest of the way. You never know what’s going to happen down the road.”

Johnson, unlike Lindback, has a year left on his contract.