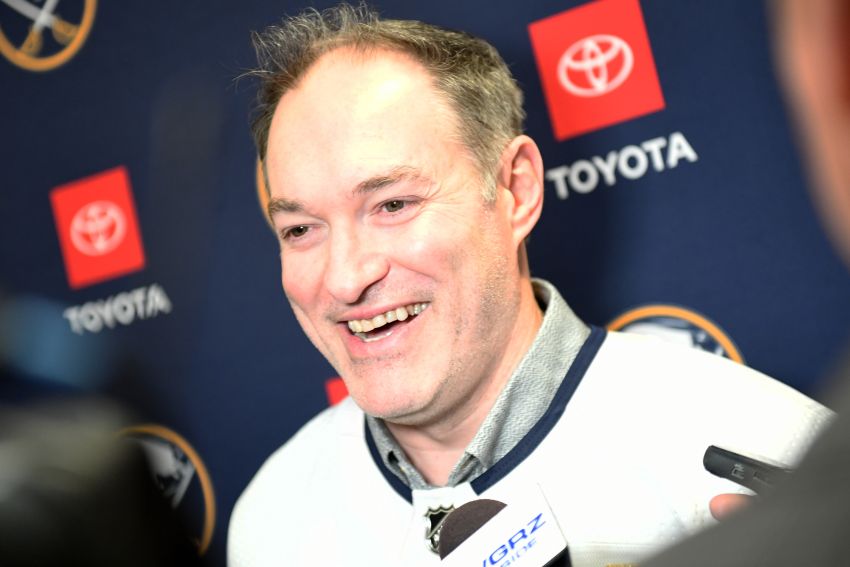 Four more “Sabres Classics” – this time Buffalo’s first-round playoff victories over the Philadelphia Flyers in 2006 – will be rebroadcast on MSG next week.

Following a shaky ending to the regular season, the upstart Sabres quickly sent a strong message to the NHL they would be Stanley Cup contenders by disposing of the Flyers in six games.

Daniel Briere scored in double overtime to secure a 3-2 win in the Sabres’ first postseason game in nearly five years on April 22, 2006. That game, of course, might be best remembered for Brian Campbell’s wicked open-ice hit on R.J. Umberger.

J.P. Dumont and Jason Pominville both recorded hat tricks as the Sabres throttled the Flyers 8-2 to take a 2-0 series lead on April 24, 2006.

After the Flyers roared back to tie the series, goalie Ryan Miller stopped 24 shots en route to a 3-0 win on April 30, 2006. Briere, Dumont and Tim Connolly all enjoyed multi-point games.

The Sabres clinched the Eastern Conference quarterfinal by beating the Flyers 7-1 on May 2, 2006. Chris Drury scored two goals and four points and Mike Grier had a goal and four points.

Instead of replaying a game on April 10, MSG will air an hour of the “Beyond Blue and Gold” series.